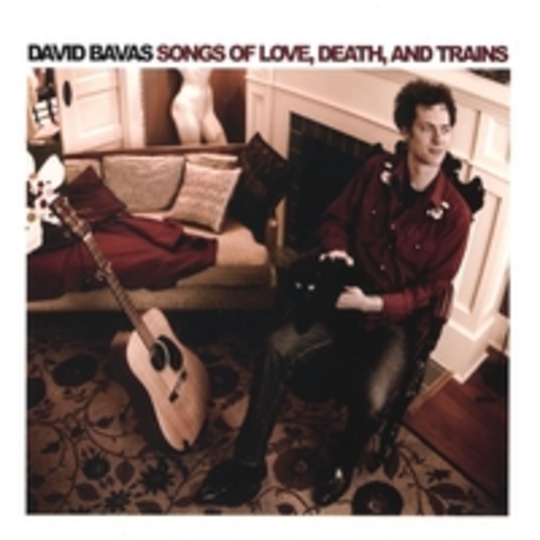 Ah, country music. Not, I hasten to add, alt-country, but pure, dyed-in-the-wool, dusty country music. For his second album, David Bavas has mostly excised the traces of Americana that peppered his debut and steered his wagons in a more solid, strict-rules-of-the-genre direction. Which isn’t a bad thing, you understand, but unfortunately Songs Of Love… is so unadventurous that the apparent buzz built up from his 2006 SXSW appearances doesn’t seem to have been translated into enough of a creative muse to guarantee further attention.

While there’s nothing specifically bad about Songs Of Love…, it never really shifts out of the lower gears. The soft melodies of ‘Julia’ _ and _‘No Lonesome Tune’ all perfectly pleasing in a very low-key way, as they’re so airy as to almost float over the top of the twanging guitars and Bavas’ easy croon. There is something effortless about the whole album as it drifts past at a soporific pace, and while it’s pleasant to be lulled along, there’s no real hook to draw you in for more than a couple of listens.

It’s frustrating, as Bavas ably demonstrates that he’s got the whole country thang nailed down, but by the time you get to 'Heaven And Hell' for the third or fourth time (about three-quarters into the album) it’s actually quite hard to recall much of what’s passed. Skip forward and back a few tracks and, yes, it’s all very nice. But before long, the attention is snared by something anything else. Right now, even as I write this, I keep looking to my left and seeing the London Eye out of the window. It’s nice. And that’s making the effort to pay attention.