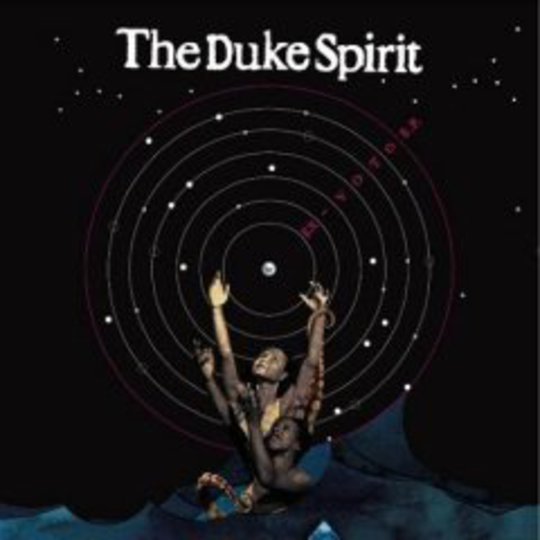 When a record arrives at the doorstep branded with exuberant proclamations of life-affirming brilliance it’s best to be sceptical. But when said recording has been crafted by perennial London peripherals The Duke Spirit that scepticism quickly subsides into lip-curling cynicism. Y’see, the capital-dwelling quintet’s debut LP Cuts Across The Land whetted lips but never quite managed to quench that desire for exhilarating, bullock-crunching, scrotum-shrivelling rock ‘n’ roll. Instead it left you parched; thirsty for a freshly squeezed sonic sensation with a little more juice and a lot more bite.

Yet in new release Ex Voto EP, it seems the Leila Moss-led ensemble has finally found the right ingredients – it’s just a pity it’s come almost two years too late. Swashbuckling over ‘Lassoo’’s disfigured backdrop of elated horns and feverous guitar churns, Moss’ impassioned vocal is ravenous in its incessancy; coming across like the rabid, bone-gnarling spawn of PJ Harvey and Kim Gordon before the track's rugged oscillations cascade into ‘Dog Roses’’ atmospheric sweep. Gothic of heart, it’s an intelligent and harrowing juxtaposition of stumbling drums and garish piano twinkles that suggests a band maturing with TV On The Radio-esque intensity.

After such a promising beginning, ‘A Wild Hope’’s guttural dirge ebbs disappointingly into the languid staidness of old but this limp descent is only fleeting as ‘Masca’’s terse lament draws the EP to an epic close. Bristling to the call of slinking percussion and Moss’ eerily morose scowl, this dramatic, escalating canter proves The Duke Spirit may just have the substance to back up their billing.