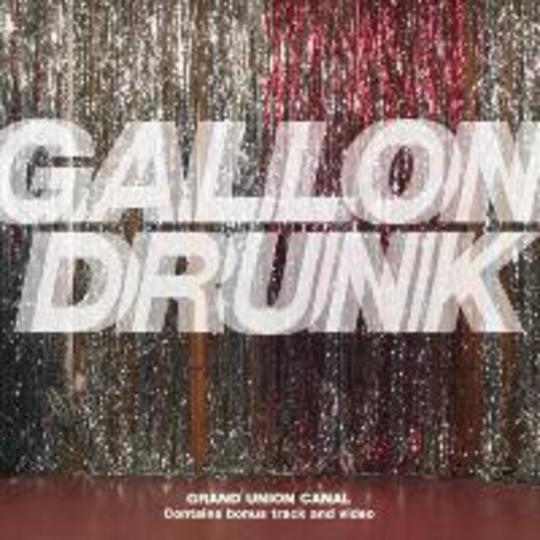 Y’know what’s great? Growing old disgracefully. Cliché though it is, there’s something ever so satisfying about seeing and hearing someone old enough to be your dad out-rock this year’s most-hyped whippersnappers. Gallon Drunk have been in (and out) of the game for over 15 years now, and ‘Grand Union Canal’ is an almighty boot to the balls of a reminder that they still, frankly, kick several tight-jeans-clad arses.

The London foursome are never going to get arrested for their creativity – mangled blues, punchy sax 'n' keys and some monstrous riffs collide to make one riotous, vibrant mess of a song here – but there’s a joy in their simplicity that’s tough to find in the work of more particular newcomers, in material by souls keen to impress when barely out of the blocks. Gallon Drunk don’t seem to care for your opinion; they’re simply playing the way they know, the way they’ve always known, and honing their skills in this field to a zenith of furious aggression and remarkable impact. ‘Grand Union Canal’ positively screams_ LISTEN TO ME_; I am bigger than you and I will rough you up; this is my ball and these are my rules, sonny.

Instrumental flipside ‘The Long Goodbye’ is a gradual slide of a song, ending in the murky depths of some slow-moving river, a body settling on the sediment beside a dying drum beat. It doesn’t possess the fire of the A side, but it’s nevertheless an important side to Gallon Drunk’s sound – sure they can rage, but they know how to deliver songs of menace without shrieking amplification and a vocal delivery bordering on the manic.

But don’t take these words for it. Look and listen for yourself.