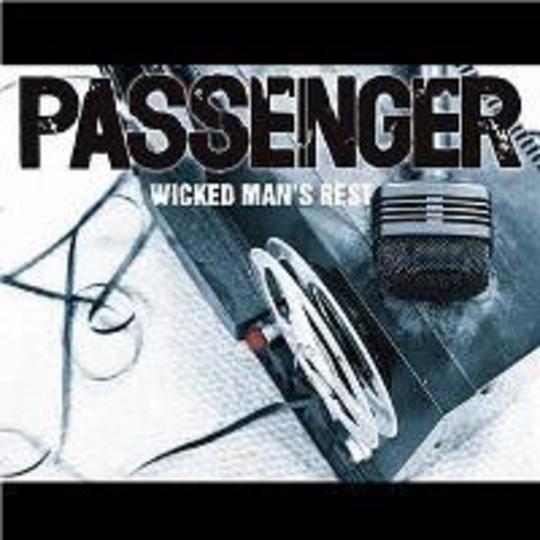 DISCLAIMER: Excessive use of personal pronoun contained within paragraphs one and two.

Last Saturday morning I was woken up my neighbour who lives in the flat above. He started playing music at about 5am and when I got up at seven to catch a train to the Midlands it was still going on. I figure Neighbour got in from a lairy night out and decided to hold his own afterparty. Which is fair enough I guess – gives me more leverage to make noise in the future.

However when Neighbour got back, rather than typical afterparty fare – I’d go for, say, New Order – he chose to entertain me and my flatmates with The Feeling’s 12 Stops And Home. At 5am. The bloody FEELING! At 5am!

Anyway, this small tale might have led you to guess that* Passenger*, a five piece from Brighton, are probably the kind of people that would stagger in at dawn and put The Feeling on. Or at least the Dave Matthews Band.

The problem with Passenger is that they’re not pop enough to be a pop band, not kitsch enough to be another Feeling, not indie enough to be as indie as non-indie acts like The Kooks. They’re essentially a less-interesting Counting Crows. And nobody needs that.

That said, Wicked Man’s Rest contains a few nice droplets. The title track for example, the verse of which is a sort of stream of consciousness, er, rant with acoustic guitars and strings. Grr! And 'Things You’ve Never Done' – a track that isn’t entirely without an echo or two of Jimmy Eat World’s 'Hear You Me – would be decent if not for hints of the enzyme-destroying soul vacuum that is Jimmy the Blunt. Make of that what you will, pop pickers. Singer Mike Rosenberg also sounds a bit like Mark Owen if he didn’t come from Oldham. Which is fine, actually, but doesn’t quite tie with a band whose BFF on MySpace is Robert Johnson.

It's just impossible to escape the polished production here. It’s like a sale at MFI. Wicked Man's Rest is another record from a production line of glossy, yet completely disposal guitar pop records. And we shan't stand for it