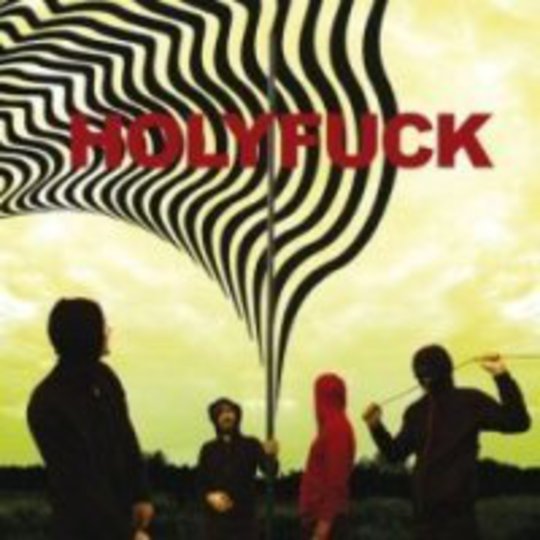 Somewhat contentiously, their second album is only nine songs long, five of which are actually lifted from recent EP Holy Fuck, making the validity of this release seem questionable.

A shame really, since LP_ is pretty solid stuff, kicking off in earnest with the sparse electronics and driving rhythms of ‘Super Inuit_’, which sounds like Trans Am kicking Can up the arse. It functions less as a bombastic opening statement and more as a kind of limbering up for the rest of the album. But that’s the thing with Holy Fuck: where sometimes they might fail to come up with the goods melodically, they at least know the virtue of keeping energy levels on a high. Some tracks, although dense enough sonically speaking, feel like they’re waiting for that extra, deal-clinching layer to kick in.

On the ones where they do, Holy Fuck hit some heady heights indeed. The peppy, string-laden ‘Lovely Allen’ sounds like it’s being buffeted along by transatlantic jet streams and the views are, frankly, dizzying. In fact, the airborne metaphor seems to suit them rather well, their best moments all sharing a panoramic quality which, while not exactly being rocket science, is an intoxicating high all the same.

‘The Pulse’ is all shimmering synths and crashing drum rolls, while you can hear the band’s lo-fi technique of mixing live and electronic instrumentation pay off handsomely on a track like the outright funky ‘Royal Gregory’.

If there’s another fault to be found with Holy Fuck, it’s that there’s an emotionally vacant edge to certain tracks which means that while they may be galvanising they fail to engage the listener in the same way as, say, LCD Soundsystem or The Go! Team do at their best. Even the title is a bit of a blank - _LP_? Well, duh! But if they’re occasionally guilty of coasting a bit, Holy Fuck at least dare to fly, and for that reason alone they’re worthy of your attention.