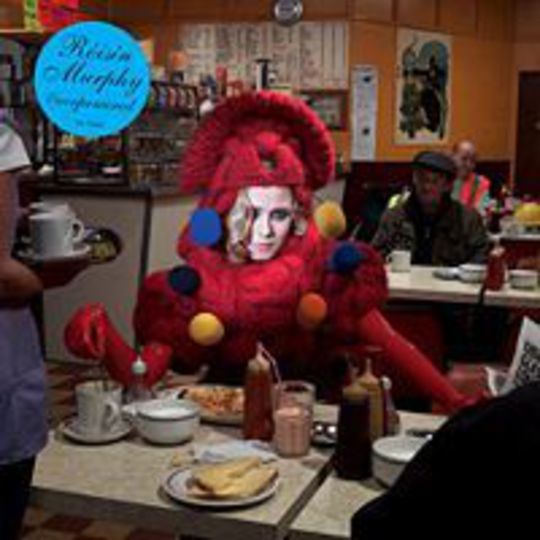 See that cover? Says it all. Overpowered is the sound of a solo artist so enraptured – personally or under a degree of duress – with current dance-pop fads that she’s keen to display every colour in the dress-up box in a single album. Sometimes the look suits – the retro-soulfulness of a mid-‘90s Now compilation that is first single ‘Let Me Know’, for example – but at others ex-Moloko vocalist Roisin Murphy wades dangerously out of her believably authentic depth.

Perhaps some of the blame for Overpowered’s schizophrenic feel should be laid at the door of the myriad contributors, though: with song writing credits split differently on almost every track, coherency is out the window from the outset. Murphy clearly aims for Stefani-levels of commercial appeal but fails to remember that neither of Gwen’s two solo endeavours to date have been without their flaws – great singles for sure, but albums have been stuffed full of filler. The same is entirely true here.

So, what potential singles emerge from the mix? ‘Cry Baby’ is pleasingly incessant in its directness, purposefully one-dimensional in the style of the new Kylie effort albeit with a little more liveliness about it; ‘You Know Me Better’ mirrors Robyn’s recent chart achievements in icy cool style; and ‘Tell Everybody’ is slightly reminiscent of Amy Winehouse if she were to drop the smoky soul for a second and get a little more emotionally naked.

Not once does Overpowered really drag its feet, but it never truly impacts with the might one could possibly expect from an artist with such a fine pedigree. It’s a solid pop album, one wonderfully in tune with today’s stylistic shifts and trends. But it’s unnerving that the lasting impression is that its cover star probably didn’t get all the say she should have in its gestation. Would a singular mind have produced a better album? Maybe not, but at least it would have felt like more of an album and less a mix-tape of potential directions.