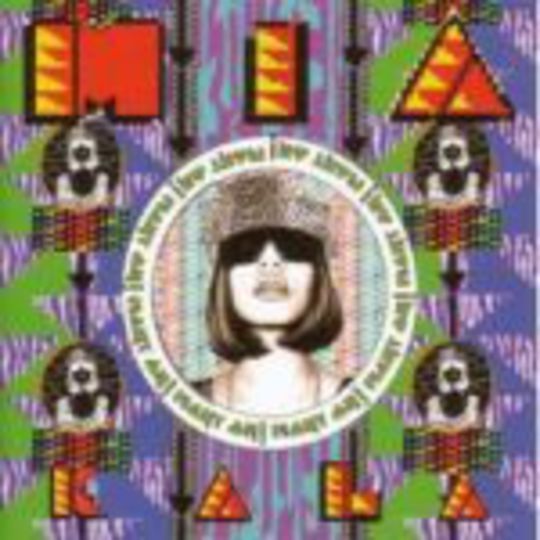 At one of my casual labour jobs this summer (for I be a po’ student and all that) in a major sporting ground that will go unnamed, the workers sat in the little room to the side of the bar, at the back of the restaurant we were at, were taking an impromptu break. The workforce in this small part of the ground was comprised of two Englishmen (including me), four Poles and five South Africans. While the Poles nattered to each other in their native language, drenched in its harsh, staccato intonation, the South Africans explained how the business that employed them was, appropriately, named after a Roman slave. One of the Polish girls, at the behest of a South African, got out a mobile phone that, in response to a brief flurry of button pushing, began squeaking Polish hip-hop, of all things, out through its little tinny speakers. “What are they rapping about?” I asked. “Oh, you, know, hip-hop things.”

Welcome to the new global economy: a world where workers from Africa are housed by their company in High Wycombe and bussed into London every day. Where banks down the road from me have signs up in Polish as well as English. Where cheap travel spreads tourists like bacteria around the globe, and bacteria like tourists. Where an ever present media reminds us (lest we forget) that we are in mortal danger from an enemy that lurks unseen in the inchoate recesses of the places that make this new global economy possible, the dusty corners of cyberspace and immigration. In multicultural areas where people try to get on without necessarily integrating, where things like music become part of a fragile common vocabulary; a world where technology both separates and brings us closer together than ever before.

Many of you will be familiar with the back story of M.I.A. (a.k.a. Mathangi Arulpragasam); for both the press and M.I.A. herself, her past seems to be the dominating factor in considering the creation and context of her music. The story goes: born in Hounslow, taken back to Sri Lanka by her parents, returned to London aged eleven and minus a father – now a Tamil Tiger militant. Of course, such a personal history in today’s political climate couldn’t fail to become not just part of the story, but the story of M.I.A.; lyrics such as “like the PLO / I don’t surrender” on ‘Sunshowers’ didn’t help. Yet politics is a complex construction – you have international politics and you have personal, family politics and more often than not the two are intertwined. So even the name of her two records becomes a political statement: the first, Arular, named after an absent, revolutionary father; the second, Kala, after a single mother who had to struggle to raise the family alone. Yet the difference is superficial; nothing about Kala suggests that it’s particularly different in tone to its predecessor.

What has changed is the music - or perhaps it would be more expedient to describe it as less change than progression. Whereas Arular was dominated by bouncy funk carioca beats, Kala feels like a more mixed, cosmopolitan affair. Looking at that luminous, vibrant front cover, or the ludicrously colourful video for ‘Boyz’, M.I.A. seems more like a textile artist than anything else. If the driving force behind her music is a restless, globe-trotting quest for identity, that makes sense – a collage is a beautiful way of drawing disparate pieces together to create a whole that exists as something important in itself.

So Kala begins with her dryly drawling the classic line from Jonathan Richman’s ‘Roadrunner’: “Roadrunner / going hundred miles per hour / with the radio on”. Later on, in ‘$20’, we hear her giving the Pixies’ ‘Where Is My Mind’ the same treatment, a sly nod to her ‘indie’ past (her stint at St Martins, her past association with Elastica’s Justine Frischmann). Richman’s song was a paeon to the endless possibilities of modern living, of ‘the road’ and the radio. Yet here the dark side of ‘the west’ lies behind many of ‘Kala’s’ major themes: the rape of Africa (’Hussel’, ‘$20’), immigration, poverty (‘Mango Pickle Down River’). Her appropriation of Richman turns the hymn to modernity upside down - where previous generations saw only promise, here singing about ‘the road’ is more about being lost than found.

What’s so impressive about M.I.A. is her ability to walk like she talks: what other hip-hop artist (and on Kala she sounds more like one than ever before – check out those knowing gunshots on ‘Paper Planes’) would venture to Australia or Africa to sample the people she’s singing about? ‘Hussel’ features Afrikan Boy, a Nigerian MC who openly admits to being an illegal immigrant (you have to check out his Lidl tune) and, if anything, flaunts it: “I’m illegal, don’t pay tax / E.M.A. I’m claiming that”. On ‘Mango Pickle Down River’ we hear Aussie kids talk about swimming and climbing trees; here as elsewhere on Kala M.I.A. appears as a seamstress, weaving the global strands together – one of the street gang, ‘90s raver (‘XR2’), border crossing partisan (‘Bird Flu’), party animal (‘Boyz’), all at the same time.

And if sometimes the vocal pieces don’t quite fit together (why is_ that Pixies chorus there, exactly?), the music is ceaselessly interesting throughout, more varied and adventurous than _Arular yet still ridiculously danceable. Dizzee Rascal’s Maths and English fell down by thinking that hip-hop meant Americanization; M.I.A. excels as someone who can see that the identity of hip-hop, like that of personal identity, is fluid enough to be whatever you want it do be – that’s what’s both so scary and exciting about the world we live in. It's a paradox Kala captures perfectly - who would have thought you could make such a banging song about Bird Flu? With its mix of Tamil pop, Baltimore beats and, yes, funk carioca Kala succeeds best in pulling genres together to make something both unique and identifiable - a ‘hip-hop’ record that explores what it means to sing about “hip-hop things”. It acutely understands that music is a shared currency that, like anything else, is seeped in politics.