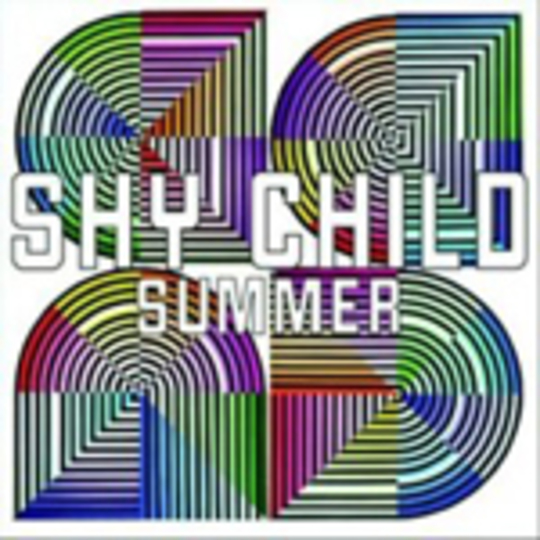 If I was in Shy Child, I don’t think I’d be the sort of person who asked too much of life. I think I’d be content to bowl around the bars of New York in a dumb neon haze, showing off in front of Latino girls, eating nuclear Chinese food and getting progressively more blottko until it seemed like a good idea to write a song about ‘Summer’. Summer is a season. A season called summer.

If you remain confused as to what exactly ‘summer’ is, Shy Child are here to clarify the concept by throwing a load of words about it at a major-minor chord progression and seeing what sticks. Annoyingly, it's mid-September and the holidays are gone, so we'll have to X our fingers and see what they come up with. "Sun". "Teenage sex". "Marijuana". Shy Child are convinced that these things all happen in the summer. That may be, but where does it leave our protagonists? "With a heavy heart, with a heavy heart."

Wist, then. Here, Shy Child write about summer like Lostprophets would if they weren't trying to be Don Henley. Hardly the most cunning of ploys, and without coming on militant about nostalgic, teenage heart-pop, it’s a ploy that doesn’t quite come off. Maybe because the euphoric parts falter and retreat just outside euphoria, or the lyrics aren't laden enough to carry the poignant, red-eyed nostalgia of an implicitly fading adolescence. Of course it could be due to the fact that this is, essentially, pop-punk played on a keytar.

Alive to what to expect from summer, I was disillusioned to find that I had no real need for this song. An emotional poverty only compounded by the six remixes included on sides C, D, E, F, G and H. Thankfully, side B is a new song called ‘Murder Capital’ and it’s at least 150 per cent more fun than its pouting, homesick sister. Listen to that, here.

Is that Hilary Duff in the video? No; it's a cowboy midget playing drums.