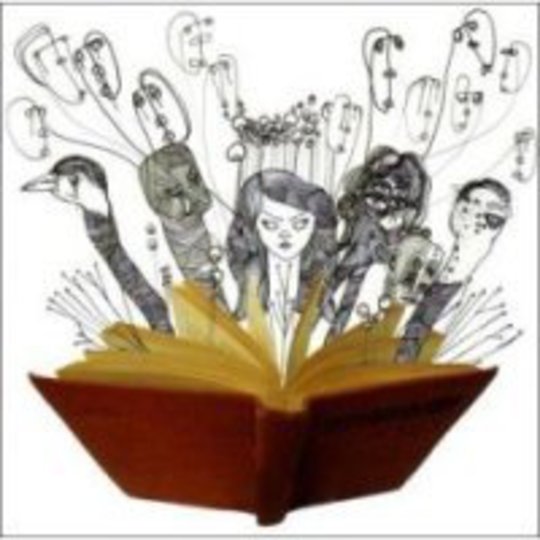 For a while there, Future Of The Left seemed to be on the verge of becoming a bona-fide cult. Andy Falkous (guitars/vocals), Kelson Mathias (bass/vocals) and Jack Egglestone (drums) have been hovering just under the mainstream's radar for years (in the guises of Mclusky, Jarcrew and now FOTL) and they seemed to almost exclusively pop up in fanzines and fringe publications. Overall, the general public has been unaware of the Cardiff-based trio's work; hopefully the release of Curses will change this. God only knows it should.

Of course, anyone who has been paying attention to the band's progress will be champing at the bit for this release, and they'll be pleased to know it doesn't put a foot wrong from the opening track onwards. Curses is fantastic; its songs are tight, brutal, diverse, intelligent, sardonic and imaginative; usually, they’re all of these things at once. It is easily one of the year's best releases, knocking the competition into a cocked hat.

FOTL's calling card is music that buries pop appeal into a mix of ear-shredding punk and avant-garde rock squall. Sure, the savage percussion and the mudslide riff of 'The Lord Hates A Coward' might make the hearts of lesser beings burst, but after a couple of listens it's impossible to dig the refrain “Violence solves everything / violence, she solves everything” out of the back of your brain. Similarly, 'Suddenly A Folk Song' finds one of the catchiest choruses Falco's belted out in his entire career riding atop dentist-drill keyboards and a gurgling lawnmower bass.

Curses does contain some stylistic hangovers from both Jarcrew and Mclusky – the latter's influence is the most immediately obvious. Many of the songs are built from the bass up and Falco's lyrical approach sounds more like a series of wry non-sequiturs than a heartfelt dissertation on the condition of mankind (although it could be both – who knows?). But even these noticeable aspects sound somehow more evolved in the hands of FOTL. This is due, in no small part, to the individual musicianship of Falco, Egglestone and Mathias: all gouge out their own separate territories in the mix. There's not one song on Curses where any band member seems relegated to a supporting role. This is an album where you admire the craftsmanship as much as the songwriting. It also doesn't hurt that, after just over a year of playing together, the trio are drum-taut in their delivery.

The best thing about FOTL - and by extension, Curses - is that you can check all of this muso clever-clever baggage at the door: it doesn’t matter. The overriding appeal of this album is that it_ rocks. Hard. A sing-along campfire chant is the bait in _'adeadenemyalwayssmellsgood', and then the rhythm section kicks into the mix like a bucking bronco. One of the album's very best moments is the superb 'Small Bones Small Bodies'; after chanting over stomping drums and bass, Falco lets loose with a jagged, spider-like guitar break ahead of the track turning into a boiling, churning thunderhead.

If there's one complaint to be made it’s that the album’s all over too quickly. But even though Curses blasts by in under 40 minutes it leaves a lasting impression. What's even more impressive is how Falco, Egglestone and Mathias manage to eclipse the efforts of their previous bands. Curses cuts a bloody swathe through your cranium, leaving you reeling and gasping for more. The battle cries have been practiced, the troops are focussed and playtime is well and truly fucking over. Here's to the future.