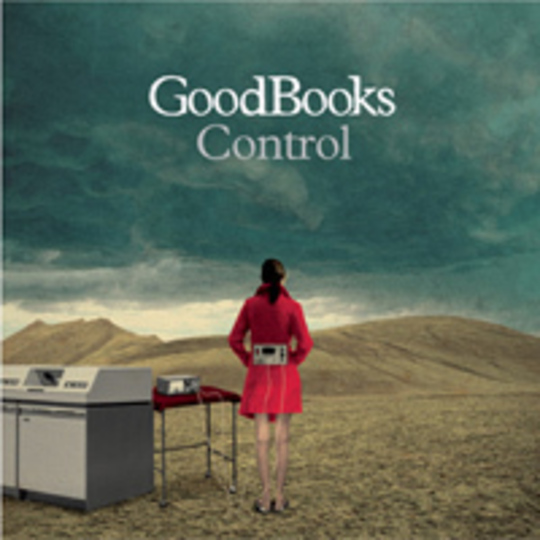 There's something about Sevenoaks quartet GoodBooks that, frankly, doesn't quite manage to send the pulse racing. Whether that be their look-at-us, aren't-we-the-clever-ones name, or indeed the title of this record, everything about the whole package seems so quietly - if fluently - average.

Sure, there are moments ('Beautiful To Watch', 'Passchendaele') where the bar is raised, but for much of its running-time Control feels like the safest 45 minutes of your life, somewhere even the most intrusive neighbours wouldn't dream of trespassing into.

Which is as much of the problem as it is a distinction, really. You see, for all the feted words that have been written about this four-piece, GoodBooks really don't sound that different from any number of their peers from the last five years, and despite their allegiance to the trendy London scene and Transgressive record label, the peers we're talking about here fall comfortably into the Coldplay / Snow Patrol pigeonhole. Indeed, listen again and this could be the new Athlete record, particularly as Max Cooke's vocals bear more than a passing similarity to those of the said act’s Joel Pott.

But enough griping, for now at least – let’s concentrate instead on the positives. Despite its clichéd 'Money For Nothing'-esque intro and a heavy emphasis on the word "Beau-TIFF-fullll" delivered in a Chris Martin style, 'Beautiful To Watch' does actually take off quite rapidly in a totally unexpected way compared to the band's previous output. As introductions to albums go, this is as compelling a start as you'll hear all year, even if the rest of the record doesn't quite manage to keep up.

'Passchendaele', hopefully, you'll already be familiar with by now, and it will probably come as no shock that this is by far the crowning glory of Control. Elsewhere, 'The Curse Of Saul' sees GoodBooks edge fairly comfortably into dance-friendly territories, something they've obviously practised with fellow remix associates The Teenagers and Crystal Castles, while Walk With Me', one of the band's oldest tracks, still sounds as fresh as it first did back in 2005. Here, backed by a choir of fellow South London indie acolytes such as Blaine from The Mystery Jets, alongside members of Fields and Cajun Dance Party, it actually manages to attain Actual Anthem Status. As good as this is, though, it does suggest that GoodBooks are far from brimming with new ideas at present.

The rest of the album: much of a muchness. While a positive mention must be made of Dan Grech-Marguerat’s oh-so-polished production, there is still a degree of raw intensity missing that surely renders radar-buzzing artists like this noticeable in the first place. Maybe I'm missing the point, but in a year where the likes of Klaxons, Kubichek! and even the White bleedin' Stripes have set exceedingly high standards, average just doesn't seem that acceptable any more.