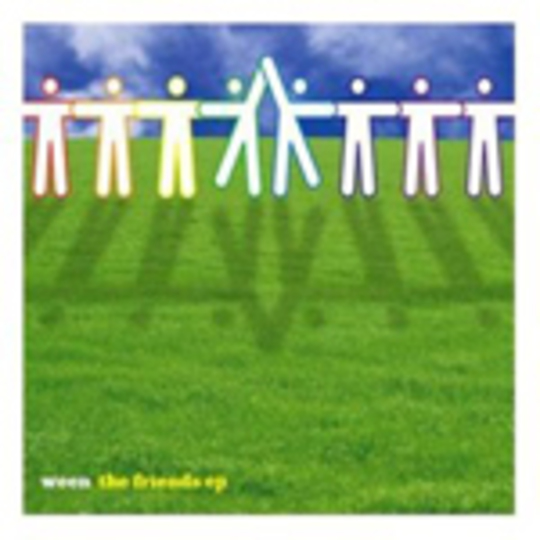 The last thing I expected on Ween's new Friends EP was a tribute to Gloria Gaynor as the lead and title track. Ween have always been a parody, a duo that have made a career from taking the piss out of everyone else whilst remaining serious in the eyes of their contemporaries because of their strong musicianship. This new release, their first in four years and a precursor to a new album arriving in the autumn, is as difficult to digest as spoiled yoghurt. From the cheeseball disco-pop leading off to a song about two guys getting down and dirty on each other, Ween have overstepped a boundary here, not in what they say, but how overstretched they sound whilst saying it.

Let’s go back to the beginning and discuss the title track.

‘Friends’ sounds like Dance Mix ’92, intentionally, as Ween like to _push boundaries. It was produced by the guy responsible for the apocalyptic Crazy Frog crap, which adds a bit of context, and it has gone top ten, which is depressing, but for the sake of evaluating whether or not this is music worthy of a tenner, the song is simply shit. Laughable. Sad. And I like Ween.

It gets slightly better from here, as ‘I Like To Put The Hammer Down’ is typical Ween, harking back to the Chocolate And Cheese days in irreverent pseudo-pop fashion. This time around, they succeed at being oddballs, because the song is worthy of a listen, rather than the evil eye.

The rest of this collection floats between funny and worthless, tending much more towards the latter by the EP's close. ‘King Billy’, the hump track, is an odd dub ode that sounds too stereotypical to be endearing, while both ‘Light Me Up’ and the aforementioned closing huff about blowjobs, ‘Slow Down Boy’, fail to rescue the sinking ship. Both offer more musically, including atypical Latin chord progressions, interesting percussion and great vocals, but lyrically and musically Ween has done better, much better. It reminds me more of Adam Sandler than anything else. Something went awfully awry here, and for the first time in their career, it sounds more as if they are trying to fail, rather than be oddball and kitsch. Comedy is comedy, shit is shit.