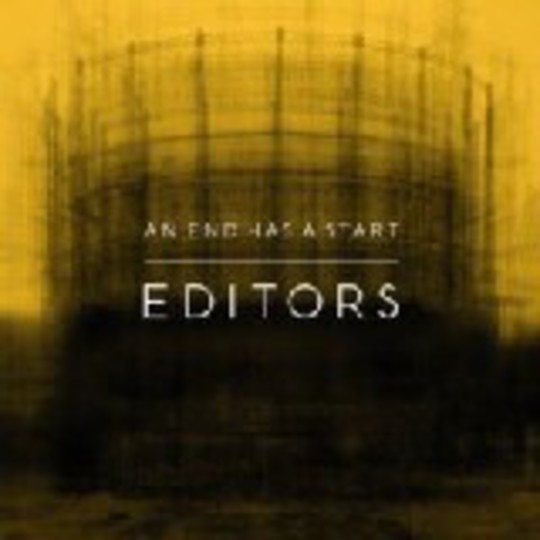 Forget the celebrity DJ girlfriends and miserable faces (something of an contradictory scenario anyway, surely?): Birmingham four-piece Editors seem to be one of those bands whose name alone attracts derision before a single note of their music has been heard.

Which is a tad unfair really, as despite the ridiculously over-emphasised Interpol comparisons – yes, both bands are influenced by a combination of English post-punk and early REM, so what? – Editors stand out from the rest of the crowd as distinctively as an Aberdeen Angus in a swimming pool. Who, exactly, they’re supposed to be copying is as big a mystery now as it ever was.

After the unexpected success of 2005’s debut long-player The Back Room, Editors were expected to go one of two ways: either a career mapped out with sound-alike records a la U2, or down the Coldplay / Snow Patrol route of big ballads, Virgin FM playlisting and arena (or bigger) tours. The fact that An End Has A Start doesn't really set its stall out in either camp suggests that the band is either unfocused, or more likely unperturbed by expectation. Their only goal is to create a record at least on a par with its predecessor.

That won’t stop the Snow Patrol comparisons, though, particularly as Editors roped in Jacknife Lee to produce this second album; additionally, lead single 'Smokers Outside The Hospital Doors' does have a feeling of emptiness and despair about it similar to the aforementioned act’s ‘Chasing Cars’, despite its infinite superiority due to vocalist Tom Smith’s eerie pronunciations and Chris Urbanowicz’s now signatory guitar sound. What may surprise people, however, is that ‘Smokers...’ is by no means the standout track, and nor is it the most obvious choice for a single on this record.

At the same time, it is easy to see why the song was chosen: it presents the band in a whole new light. The title track, with its echoed chorus of “You came on your own, that's how you will leave”, and the unintentionally upbeat ‘Bones’ could quite easily have been thrust into the limelight weeks ago to give An End... a safe path into consumerland, such are the similarities with both ‘Munich’ and ‘Blood’ respectively.

That, of course, would have led to cries of “Same old, same old”, and Editors really don't need to tread that path. Sure, the reference points are there for all to hear, but I bet no one expected the most glaringly obvious of those to be The Jesus And Mary Chain? Straight up.

If the bassline for ‘Smokers...’ didn't emerge from late night sessions listening to Darklands, then I'm an Irishman (and he’s really not, you know – Ed). Elsewhere, ‘The Weight Of The World’ is cascaded into another time and place courtesy of its Spector-esque drum sound, previously heard on J&MC’s ‘Just Like Honey’.

What does run through the album, however, is the feeling that frontman Smith can’t have been going through the happiest of times while writing An End Has A Start. This impression is epitomised quite awkwardly on the grandiose ‘Put Your Head Towards The Air’, where he asks: “If I lay face down on the ground, would you walk all over me?”. The accompanying tune begins perfectly maudlin (think Deserter's Songs-era Mercury Rev or today’s Low) before erupting into a treble bar wall of sound that Sigur Rós would once have been proud of. Likewise, the closing piano-led ‘Well Worn Hand’, which deals with the suicide of a close friend, finds Smith actually sounding ready to burst into a flood of tears.

What you_ won’t_ find here, then, is the clutch of singles to keep the radio-friendly fans happy. Instead, An End Has A Start actually sounds like it was crafted as ten quite individual chapters of a long-running saga; surprisingly, though, it ultimately works better than its predecessor as a cohesive, flowing album. Inadvertently, arenas may beckon, but don't expect those who’ve solely embraced The Hits to date to fully understand the underlying beauty of Editors just yet.