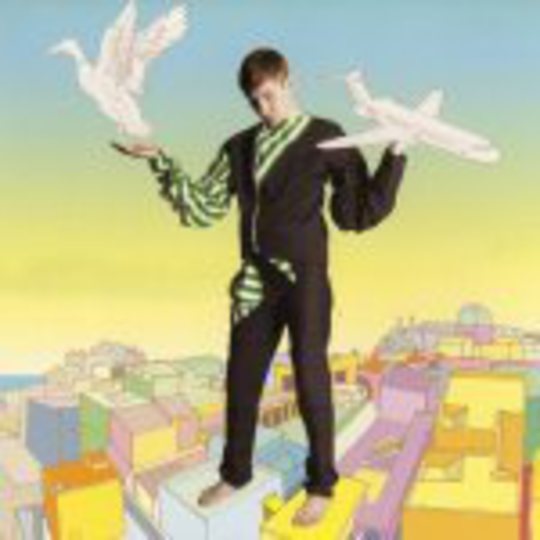 Simon Bookish’s glitchy avant-garde electronica isn’t for everyone, of course - it’s too off-the-wall for that. In fact, it’s a wonder if anyone can really ‘enjoy’ the opening track from this second album,_ ‘Theme (Mercator Projection)’_, which comprises a lot of squeaking, squealing hysterics that will perforate your eardrums if you get too close to the speakers.

But when Bookish gets talking into the microphone, unleashing his bonkers dream sequences that see him squashing crabs (‘Crab Lawn’), impersonating train drivers (‘A Deception’) and demonstrating to George Bush and Donald Rumsfeld how ducks manage not to shit on their feet (‘Dwarf Documentary’), he’s a different kettle of fish altogether. Coming across like a young Stephen Malkmus obsessed with Björk records, Bookish is engaging with his banter, even if he enjoys the sound of his own voice a bit too much, and even if this is all utterly meaningless.

Perhaps that’s the point that Bookish is driving at, that modern music is essentially meaningless, but his method is a trifle too try-hard, too self-consciously zany, to empathise with. Still, empathy isn’t the only reaction that matters, and there’s no doubt that he commands attention, the Warp-style, robotic backdrop proving isolating, severing contact with humanity, urging us to listen to the voice to guide us through. His stories become ghostly; threatening, even, despite the humour - while listening to ‘Translation 78’ you imagine yourself walking alone through a massive, echoing art installation at night, the lights off, uncertainty lurking in the shadows.

However, the whole thing falls miserably to bits. Bookish has the ability to be entertaining, but this album collapses in on itself in the latter stages. ‘Arborescences’ and ‘Houseboats’, where his vocal is spliced and played backwards, are horrendous, earache-inducing pieces of indulgent performance art - a form that has been parodied so many times (on Spaced, never mind elsewhere) that it has become redundant and ridiculous.