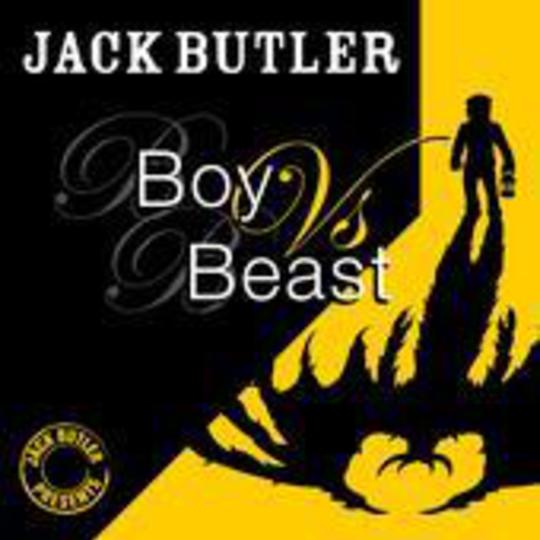 There seems to be something of a renaissance going on north of the border at the moment as far as astoundingly good new music is concerned. Not content with giving us the varying delights of Danananaykroyd, The Low Miffs and The Twilight Sad in recent months, Stirling four-piece Jack Butler can now be added to the list of likely contenders come 2008.

Both of the tracks on this single show two completely different sides to a band who have been loosely compared to Franz Ferdinand (unsurprisingly justified) and the Arctic Monkeys (perhaps slightly more baffling).

'Boy vs. Beast', with its shimmying guitar sound and partially spoken word vocal, starts off like one of the Postcard set from the early 1980s, before erupting in a tumultuous climax that is equal parts Devo, Orange Juice and (I kid you not) Spandau Ballet.

Flipside 'Surgery 1984' meanwhile is a more downbeat affair that could be classed as Jack Butler's first diversion into ballad territory, but don't let that put you off. What stand out particularly are the chiming guitars and incisive, almost militaristic drumbeats that give a sombre, funereal edge to what could actually turn out to be the band's most celebrated three-and-a-half minutes to date.

All in all, a total contrast to their last single 'Velvet Prose', and although not quite as immediately radio-friendly, the avenues for further possibilities are never-ending, and I for one await their appearance at next month's Connect Festival with eager anticipation.