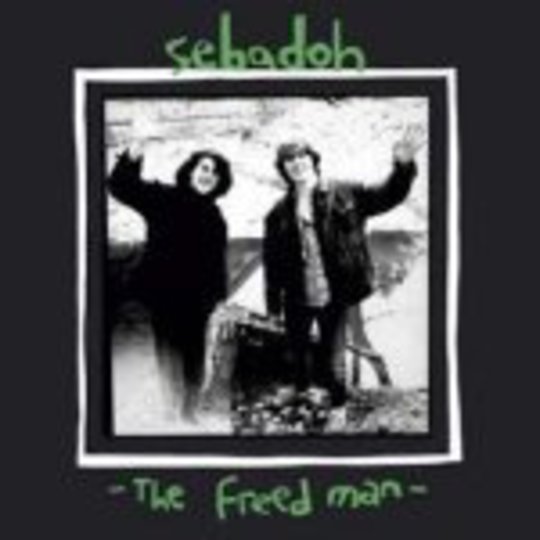 Feeling alienated by his bandmates in Dinosaur Jr, Lou Barlow began using spare moments to delve deeper into his long-term hobby of home recording, finding life in a 4-track tape recorder his parents had supplied him with as a youth. He soon located a kindred spirit in hardcore fanzine scribe Eric Gaffney and the two set about experimenting with found sounds and recording short, hooky songs, inspired by their newfound penchant for dope smoking.

In the summer of ‘88, the pair compiled a tape’s worth of songs which they distributed to local record stores and sold for $1. The title The Freed Man was, in part, a reference to Barlow’s increasingly fractious relationship with Dinosaur Jr mainman J Mascis, but also painted a succinct picture of a record that allowed every stoned idea and jokey aside to flow free.

The album pretty much lives and dies by its lo-fi constraints. Listening now in the dead of night, the songs come to life, by turns haunting, pretty, funny and ludicrous. ‘Soulmate’ is perhaps the ultimate refinement of the early Sebadoh vision, an hilarious, but terrifyingly spot-on paean to teenage longing: “My soulmate is a special girl, a girl that’s just like me / She’ll share tremendous oral sex and try everything she sees”. There are several more exceptional moments to be found scattered across this 52-track expanded release; Gaffney’s country-fried ‘Ladybugs’ and punked-out ‘Made Real’, plus Barlow’s more precious constructs like the hummable ‘K-Sensa-My’ and ‘Bolder’, to name but a handful.

A beacon of non-conformity in the slick, sheeny hard rock landscape of late ‘80s America, The Freed Man stands up alongside works by Daniel Johnston and Half Japanese as an intimate portrait of the abounding creativity that flourished outside the glare of the spotlight.