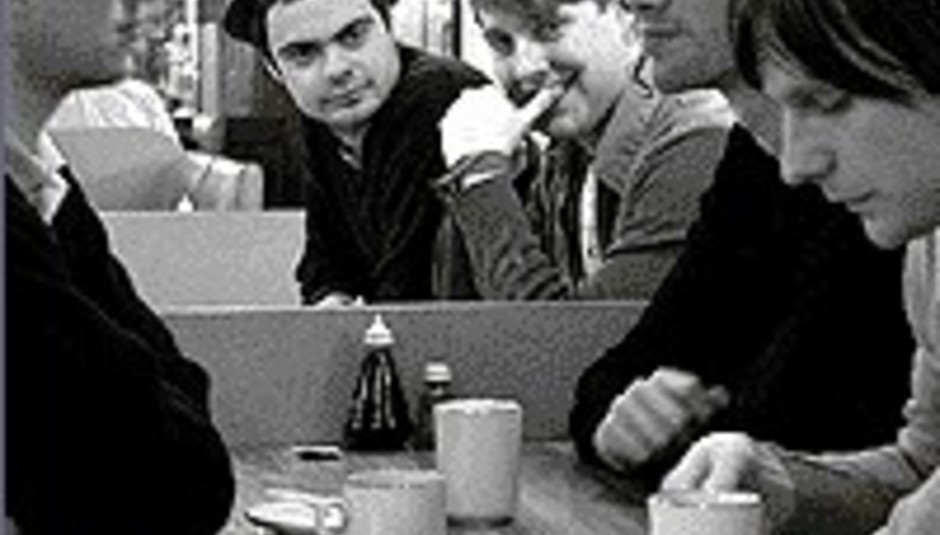 Our Kaiser Chiefs single hot-footed it in at 66 this week. DiS gives big sloppy wet kisses to all of you lot who bought it. It also charted at 7 in the indie chart and has sold out in many cities. Ooooooh.

Elsewhere, The Cribs go in at 75, Million Dead are at 72, and Agent Blue's wonderfuly titled 'Sex, Drugs And Rocks Through Your Window' is at 71.

Up there in the Top 10 is Cassidy feat. R Kelly at 3, while a hot new girl band (who, quite frankly, look identical to All Saints), The 411 are at 4 with 'On My Knees'. The Corrs make their comeback at 6.

ATL, whoever/whatever that is, is at 12, and horrible American rawk band The Calling are at 13 with 'Our Lives'. Go away.

Muse milk their album a bit more with 'Sing For Absolution' (16), fucking Abba and the re-release of 'Waterloo' somehow gets as high as 20 (who's buying that record?), while Kevin Lyttle only manages 22. Then there's some idiot from American Idol World Idol, Kurt Nilsen, at 25, beating the far more ace PJ Harvey (28).

And there's more... Nick Drake's first ever single, 'Magic', is in at 32, and Brand New get a hit at 39, Millwall FC suffer a double loss this week by missing out on the Top 40 by one place, and The Others also narrowly miss out on the 'big' chart by going in at 42. Ach well.