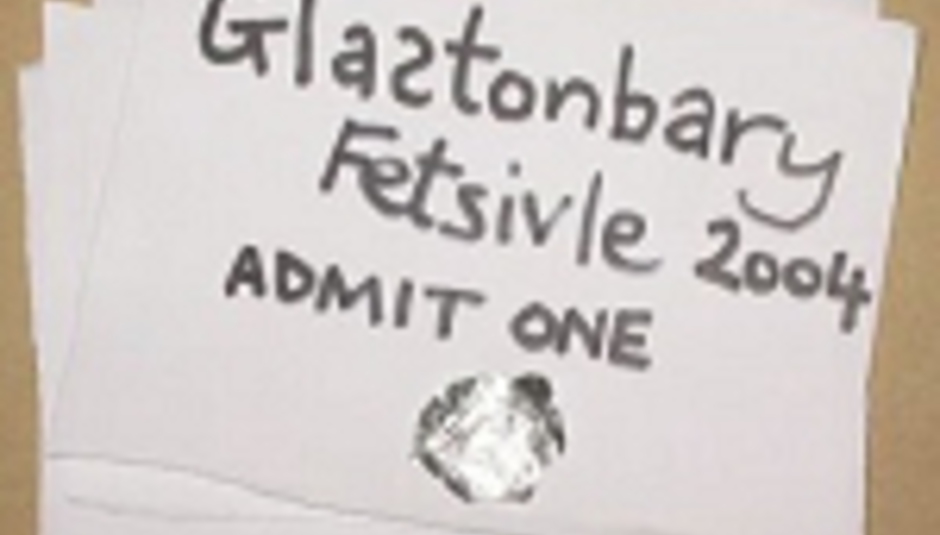 Glasto: eBay Auctioneers Get Their Own Back

by [redacted] April 2nd, 2004
It seems the hoaxers are one step ahead of the touts on eBay this year. Fake Glastonbury auctions has infiltrated the site, many getting removed shortly afterwards, while seemingly legit auctions are being sabotaged by people bidding over £10,000,000 for one pair of tickets.

While many people have just used the name of the festival to get their auctions more hits – advertising their bands, Nintendo games, mobile ring tones and hair salons (!) – the more enterprising ones have used it to rant about the festival.

One auction says: “These are 2 physical tickets just like the ones I am trying to get. You should put as much faith into receiving these tickets from me as you do getting them online. OK after seven hours of sitting in front of 2 computers, my mind feels like I am at Glastonbury already. Do we continue or what. Please email me your ideas…”

Another person used it to rant about the lineup: “It's so heartwarming to see that Michael Eavis has gone to such lengths to bring us the lead singer from the Frog Song. "Ah, Bless!!" But then maybe Michael Eavis has really only got Paul McCartney to piss off all the ticket sellers on Ebay who made such huge losses when nobody wanted tickets for Sir Paul at Earls Court.”

Our favourite, spotted by DiS readers last night and now removed from the site, is reproduced in full below, with the 'tickets' pictured:

NB. These tickets aren't actually official and won't guarantee entry into the Glastonbury Festival but you are welcome to go and see if you can fob them off as the real thing. We reckon they look pretty kosher, right down to the hologram which we made out of a bit of tinfoil and some sticky-backed plastic.

If you want to increase your chances of entry, give the person on the gate a handful of magic mushrooms to munch on and come back an hour later when they're more suggestible and tell them you're in Pink Floyd. Alternatively, eat a big bag of shrooms yourself and simply astrally project yourself over the security fence. You could also disguise yourself as some kind of mutant ladybird by shuffling about under a small rowing boat which you've painted red with black spots and making ladybird noises.

If these methods should fail to work, you could always recreate the Glastonbury experience on your own by getting white people with dreadlocks to sell you tiny squares of wallpaper for a fiver a pop and then sleeping in a puddle full of cowpats in your garden and asking your neighbours to wake you up at twenty minute intervals throughout the night by shouting "Bollocks" in your ear.