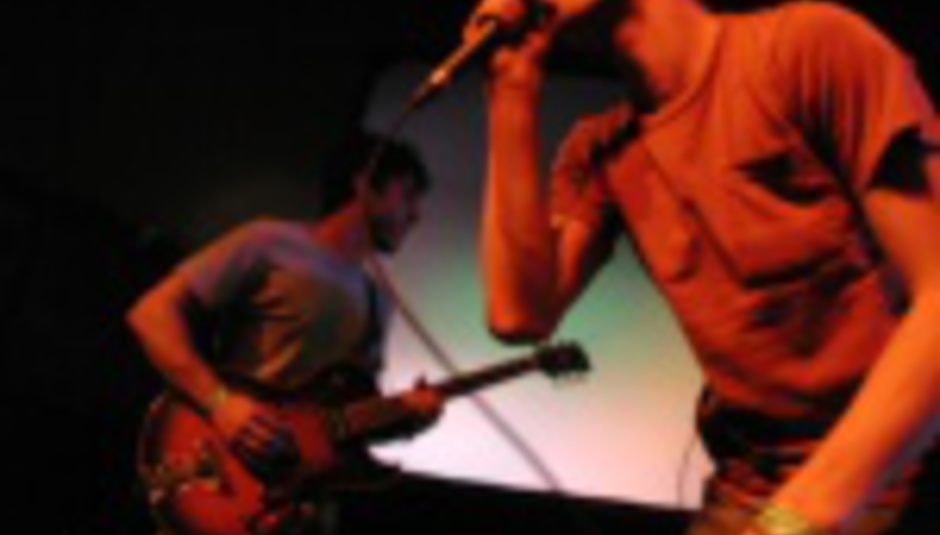 The album 'Louden Up Now' will be released on June 7th and has been produced by the band themselves. The release of the album is preceeded by a ltd. edition single, 'Pardon My Freedom/Shit Sheisse Merde Part 2'.

The band play Coachella on May 2nd with European festivals to be confirmed as well as UK and Japanese tours. We're tempted to call !!! "a really good Happy Mondays on bad drugs," but that wouldn't make much sense. They were pretty ace at the Mean Fiddler in December, anyway.

In other Warp-related news, their new signings are the Bristol trio Gravenhurst. The band's debut album 'Flashlight Seasons' was originally released on Silent Age Records but Warp will re-release it on June 28th.