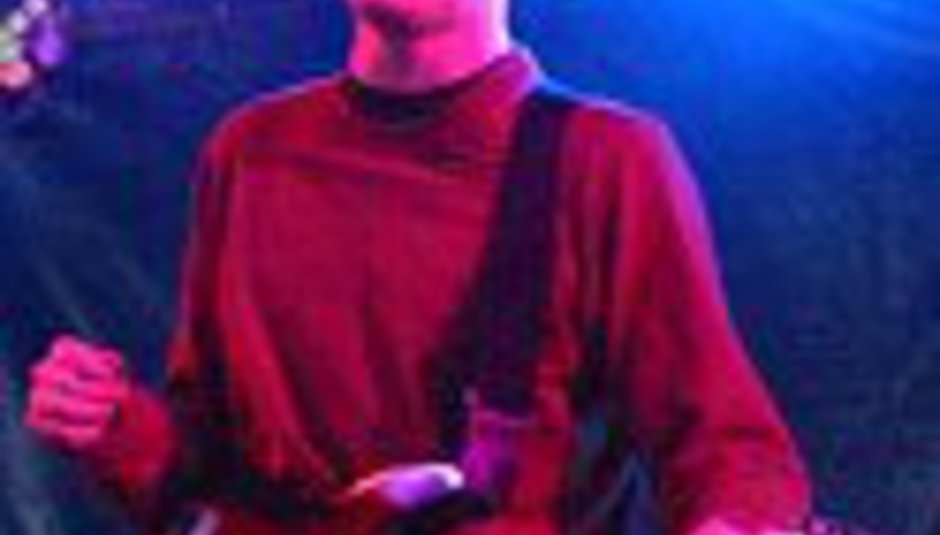 by [redacted] July 27th, 2003
Dogs Die In Hot Cars' singer Craig Macintosh was hospitalised after being electrocuted onstage at a gig in Dundee on Friday.

The band were halfway through their set at The Cotton Club when the accident happened. Craig was rushed to Ninewells Hospital for treatment, and was discharged in the early hours of the morning. He has suffered some burns on his hands but, remarkably, has decided he wants to continue the band's tour!

According to the Dundee Courier paper, the manager of the club, Ian Whyte, is quoted as saying: "We have spoken to the band and they have said they want to come back and play here again... All of our equipment is on breakers but the band's own back line wasn't, although obviously we will be testing all of our own equipment."

But the band's manager, Lee O'Hanlon, posting on a messageboard dedicated to Scottish music, has a different story: "The Dundee Courier has reported today some claims made by the venue. These are incorrect in regard to the electrical status at the venue and the alledged return of the band to that venue, and we shall be dealing with that situation accordingly."

The band play Inverness tonight and finish their tour in Edinburgh on August 9th.