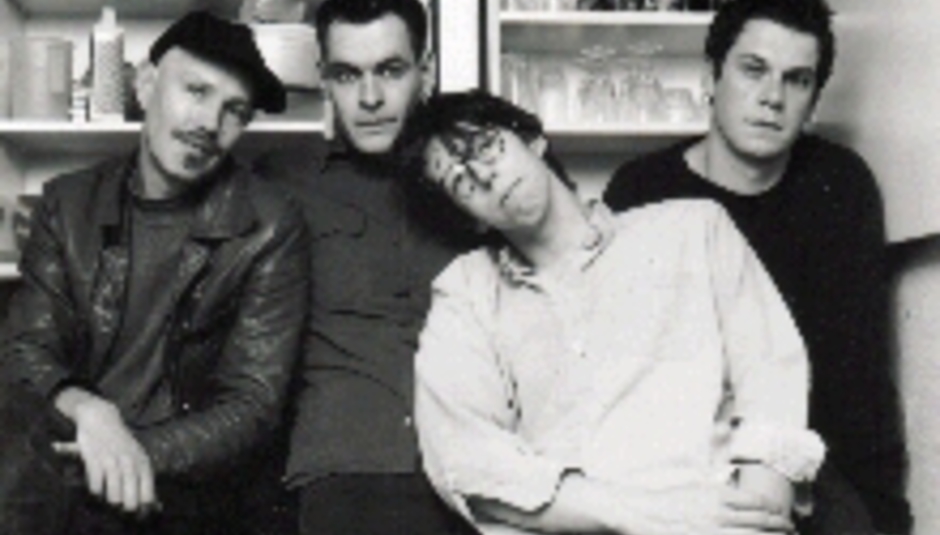 The Hymn For Hefner: two posthumous releases on the way

More than three years after disbanding, Hefner’s former frontman Darren Hayman has announced the release of two CDs charting the band’s history, the first of which is imminent.

Hefner gained a cult following in the late 1990s with their brand of gritty, honest and often just dirty love songs delivered with a cheeky wink and a decidedly twee nudge. The Best of Hefner, due out on Fortune & Glory on the 27th of March, features twenty tracks including both sides of their debut single ‘A Better Friend'/'Christian Girls’, as well as a version of ‘Pull Yourself Together’ previously only available on a Melody Maker free CD.

As if that’s not enough, a 2CD set of Hefner rarities is due for release later in the year. Catfight features 43 rare Hefner tracks seemingly in reverse chronological order:

CD1:
'The Pines'
'Gabriel In The Airport'
'Anne And Bill'
'Repression Song'
'I'm Not Surprised'
'New French Tits'
'Country Song For Simon'
'Fist Footed'
'Dirty World'
'Your Kitchen'
'Come On Sister'
'Dark Days'
'The Love Has Gone'
'Hymn For The 1950's Folk Revival'
'Monkey Man'
'Louise'
'Down Street'
'Hymn For The Telephones'
'Standing On Jesus'
'The Little Baby Hefner's Xmas Song For Holland'
'Somebody's Got To Love You'

CD2:
'If I Had The Desire'
'The Hymn For Lisa And Me'
'OMD'
'Orange Ball Of Hate'
'Don't Break My Heart'
'The Girl With The Loneliest Futon In Bethnal Green'
'The Art Of Forgiveness'
'Underfed'
'It Breaks My Heart'
'Smoke'
'Shit TV'
'Lemon Pixie Stick'
'Fully Clothed'
'How Can I Be Certain'
'You've Been Prayed For'
'Colette'
'No Fucking Just Kissing'
'Fox'
'Virgin Friends'
'Betty Cutts'
'Affordable Friend'
'Lank'

You can check out a couple of Catfight's tracks on Darren Hayman's Myspace, whilst the man himself, probably trying to steal Dave Grohl’s title of “busiest man in rock”, has just released his debut solo effort entitled Table For One, and you can read the review here.

Man, this news story is long.