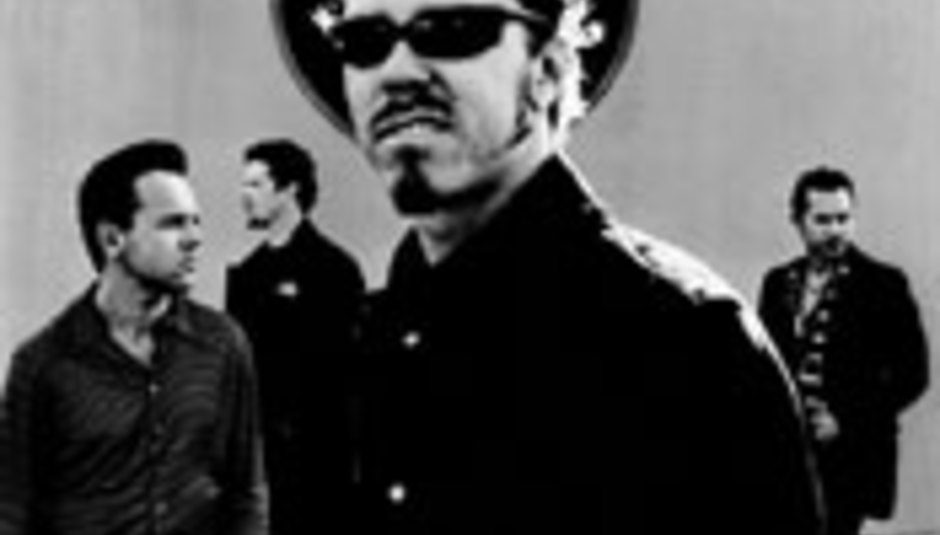 by [redacted] June 1st, 2003
Metallica played a 'surprise' hour and a half-long set at this weekend's Download festival today in Donington Park.

A statement issued by promoters Clear Channel three days ago, read: "We are huge Metallica fans at Download and would be honoured to have them performing at our festival. However, they are not playing at Download."

Clearly this was bollocks and they were just playing it down as the other big daddies of promoting, Mean Fiddler, have the band playing the Carling Weekend in August and have very likely paid a huge wad of money for them.

The band played two new songs and a whole host of classics. Highlights included 'Master of Puppets' and 'Sad But True'. The band played the 'Scuzz Tent', a smaller version of Reading's Evening Session stage and was completely rammed as one would expect. A legendary show to say the least.

Other festival highlights included:
Marilyn Manson falling down the steps to the stage.
Billy Corgan making it rain.
Didz from the Coopers failing to turn up.
The Darkness rocking Radiohead's 'Street Spirit'

Initial rumours were fuelled by there being a gap in the schedule filled by Apocolyptica and the band being in London yesterday, recording for a TV show.

Get updates at www.downloadfestival.co.uk and, if you're reading this after you've got back, post comments on your experience there. Go on, we want gossip.