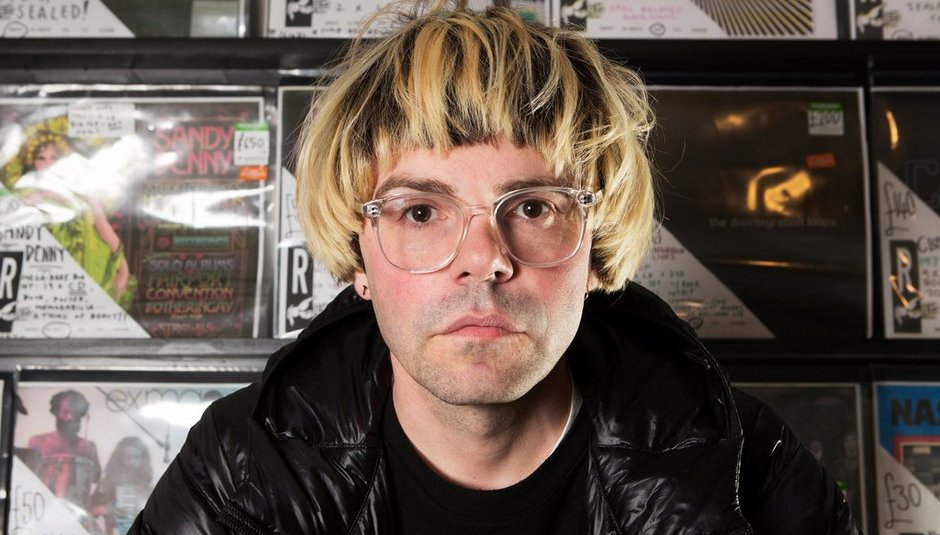 Charlatans main man, solo artist and author Tim Burgess, is to follow in the footsteps of Frank Turner and Radiohead's Colin Greenwood as the ambassador for Independent Venue Week.

Independent Venue Week is staged across 120 venues around the UK, celebrating the best and most interesting live music venues in the country - think Record Store Day for venues that aren't owned by mega-corps.

Now in its 4th year, and supported by Arts Council England, this week-long shebang is fixture on the UK’s music calendar giving tens of thousands of fans and hundreds of artists their first taste of live music each year.

Next year is set to be the biggest Independent Venue Week yet, with 30 new venues will be taking part in the event for first time with more new additions to follow. These newbies include The John Peel Centre in Stowmarket, Halifax’s Grayston Unity which has a capacity of just 18, The Bungalow in Paisley and London’s iconic Roundhouse.

Tim Burgess will perform live at the Royal Albert Hall’s Elgar Room on Monday, 23 January 2017 with support from Tear and Pheromoans. There are further Independent Venue Week shows taking place across the UK under Burgess’ Tim Peaks banner. He said:

"Independent venues are where every band starts and where music fans get to see emerging talent. Without them bands would not get a chance for their all-important first hometown gigs and subsequent tours. These venues and bands need our support and the best way you can do that is by having a night out. Lots of venues are closing – we definitely need to stick together and stop this happening."

Tim's tour will kick off on Thursday, 26 January 2017 at The Exchange in Bristol, where local gigging legend ‘Big’ Jeff Johns has put together a bill featuring Bristolian favourites Yama Warashi and Kayla Painter.

Tim Burgess’ O Genesis label then takes up the baton with a mini tour, which kicks off at Belfast’s Voodoo on Friday, 27 January 2017, featuring a headline set from Northern Ireland’s Documenta. Following a short hop across the sea, Yucatan will top a bill at the Bethesda venue in North Wales on Saturday, 28 January, before the jaunt climaxes in Manchester on Sunday, 29 January with Horsebeach headlining. The bands will take it in turns to support each other across the dates. All of the Tim Peaks dates are being supported by Help Musicians UK, the country’s leading and only independent charity for musicians at all stages of their career.

"I worked with the Independent Venue Week organisers last year on a gig in Manchester. It was an honour to accept their offer of being this year's ambassador – I've picked some of my favourite bands to play in England, Wales and Northern Ireland for Independent Venue Week. Hopefully see you at one of the shows"

Who Else Is Playing?

Details of all participating venues can be found at the main website independentvenueweek.com. Dates and ticket links will go live on the site as shows are confirmed and more gigs, artists and partners will be announced over the coming days and weeks through IVW social media channels.

This year DiS will play a special role in IVW, which is to be announced soon.

With Arts Council England supporting Independent Venue Week for the third time, their Director Of Music Helen Sprott, stressed how the annual event has come to nourish local music scenes around Britain. She said:

“We remain committed to Independent Venue Week and to highlighting the importance of grassroots venues to local communities and emerging artists across the country. Grassroots venues are critical to the health of the music industry, an invaluable circuit for new talent, making the connection between musicians and audiences everywhere. We are delighted that once again, an Arts Council England Grants for the Arts award is enabling this vital work to continue.”

Founding partners Musicians Union are once again onboard to support IVW, as are PRS For Music who this year will also tour the country in association with PPL and BASCA, staging a series of events for local music communities, including songwriting masterclasses, how to maximise your revenue and more. In addition, PRS for Music’s M magazine will be curating a live show at East London gigging institution the Sebright Arms. Taking place on Thursday 26 January 2017, the night will feature some of M’s most-loved up-and-coming PRS for Music members.

Partnering Independent Venue Week for the first time, Jägermeister, the iconic herbal liqueur, will be putting on shows across the country following their successful expansion into live music and festival activities, including Field Day, Bloodstock and Bestival. Independent ticketing company Skiddle are also the official partner, exclusively ticketing some of the shows including all Tim Peaks and SXSW gigs. They will also be offering booking fees-free deals for official IVW shows during the week as well as other incentives to support venues throughout the year.

This year also sees Vauxhall renewing their commitment to Britain’s live music scene as they continue their #VivaroOnTour campaign. This unique opportunity offers musicians the free use of a van to aid them while touring.

Independent East London brewers Signature Brew are back for a second year, while Jack Daniels returns to host a curated Jack Rocks show.

Independent Venue Week will also continue its work with Attitude is Everything, expanding access for all gig goers, as well as working with Stay Up Late’s gig buddy scheme which links up adults with learning disabilities with volunteers who have similar taste in music so they can attend gigs together.

“What’s so exciting about this year is just how many people are now involved in Independent Venue Week” said Founder Sybil Bell. “The support means grassroots venues are benefitting from brilliant artists, promoters and media who are helping to start the year off with some amazing shows. Last year, nearly 40,000 people went to gigs during IVW – a huge boost to venues and a great way for people to kick the January blues into touch.”