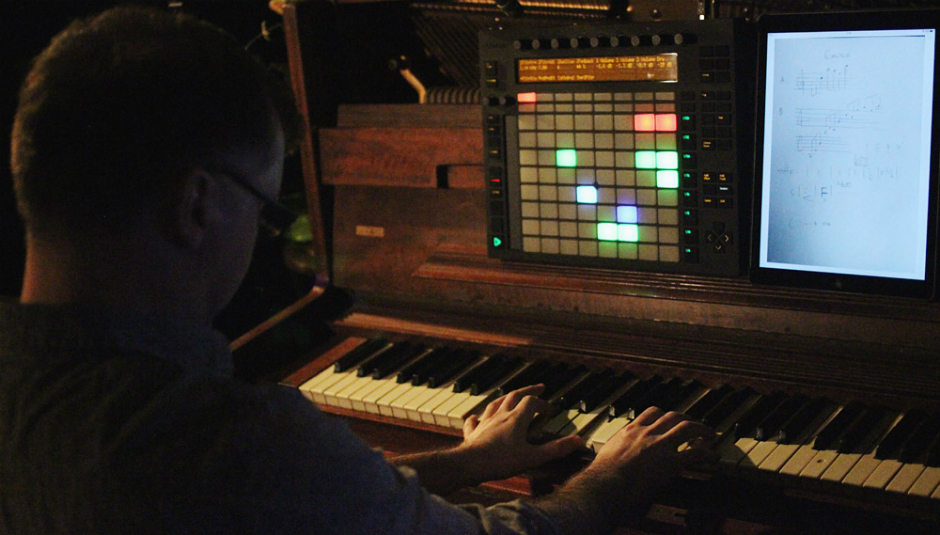 Michael Price is a man of many talents. Having scored numerous feature films, worked alongside David Arnold on the Sherlock TV series, toured the world, won awards for his music editing work, and released an acclaimed album of his own compositions, last year's Entanglement, it seems there is no end to what he can do. But his first love is the humble piano, and for Piano Day 2016 he gave a stirring, improvised performance at the Courtyard Theatre which DiS is proud to premiere below.

"Improvising in front of an audience always raises the heart rate a little, but if you play piano, there's the extra challenge that you may have only said hello to that particular instrument a few hours before. Every piano is unique and the one all three of us were going to be playing definitely had the scars and creaky bones of a life well lived.

Looking at the film, it seems that something happened that night, maybe because of the age of the instrument, or the atmosphere in the room, but a couple of minutes in, after wrestling for a while and trying to find out what the piano wanted to do, everything turned to liquid under my hands. Long streams of silvery notes flowed out, as if the Old Lady was reminding us that she was young once and still had songs to sing.

The joy of improvisation is that that moment will never happen in quite the same way again."