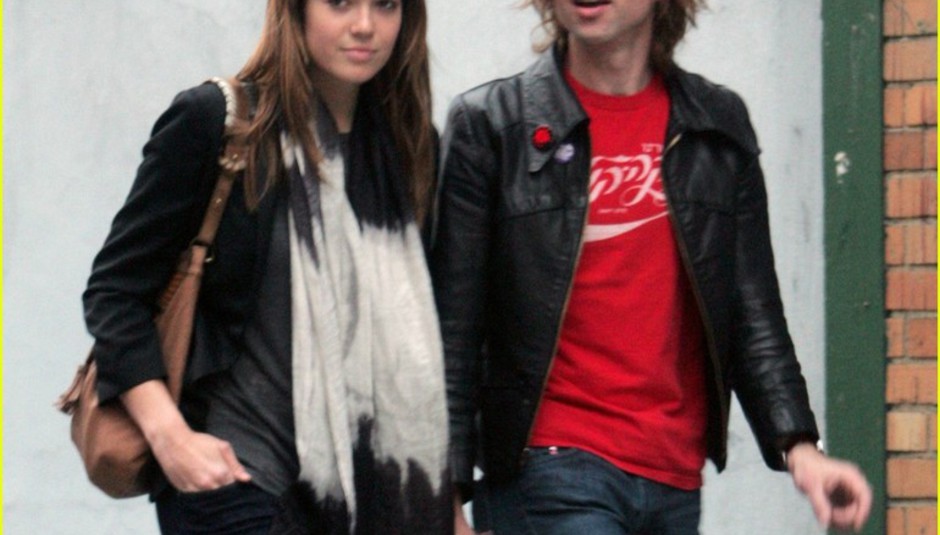 The first quarter of 2011 brought plenty of tunes, news, and intrigue to keep our music-possessed souls at peace, but, as the busy music festival and tour-heavy summer looms, so do previews of a slew of LPs and post-release follow-ups. Great artists are returning to the stage, consistent favorites have more in store, and two up-and-comers are ready to prove they're worthy of the hype in our sophomore music news mixtape below.

Critics might be wont to compare Santigold to past collaborator M.I.A., but it isn't a stretch to say the producer/singer-songwriter was all but literally missing in action, music news-wise, for the past year or so... until now: April alone brought us a Santi White-co-starred collaboration with the Beastie Boys, "Don't Play No Game That I Can't Win", a comedy album team-up with SNL cast member Andy Samberg and friends' Lonely Island, a new record contract with Jay-Z's Roc Nation, and the thrilling, Q-Tip-co-produced new solo jam featuring guest vocals by the Yeah Yeah Yeahs' Karen O streaming above.

Matt Berninger and the Dessner/Devendorf brothers have found time amid tours in support of their hit fifth album, High Violet, to contribute new music for a number of projects, including a Booker T. Jones track with Berninger and Sharon Jones duetting on vocals, a Grinderman cover/remix, an original theme song for the film Win Win, and the best of the bunch: "Exile Vilify," a gorgeous piano and string-backed song penned specifically for the video game Portal 2. What's more, their plotting to curate a Grateful Dead tribute record with Steve Reich and others.

For his second LP on Warp Records, producer/songwriter/undeniable genius Brian Eno will follow up last year's Small Craft on a Milk Sea with Drums Between the Bells, a 15-track collaboration between Eno, who provided music and artwork, and poet Rick Holland, who wrote the lyrics. The electronic album won't arrive with its 44-page booklet until July 5, but you can preview this danceable, robot-vox single, "Glitch," in the meantime.

Marcus Mumford and friends haven't completed the victory lap for their breakout debut, Sigh No More, just yet, but they have begun unveiling new material for their sophomore effort. Fresh off a televised performance alongside the great Bob Dylan and a set at Coachella (the"biggest gig [they]’ve ever done as a band"), the English folk-rock troupe are touring the U.S. with a live set that boasts "Lover's Eyes," the studio-ready tune performed live in New York above.

Kate Bush has set out to mend her "long, lingering dissatisfaction" with her brilliant oeuvre by re-recording songs from 1989 LP The Sensual World and 1993's The Red Shoes for her forthcoming Director's Cut. In an interview with BBC Radio 4, Bush said she sought to "strip a lot of the tracks out and create much more space" while converting the digital source material "back to analog so the sound would be warmer and fuller." Our first listen to the result, a longer, vocoder-effected take on "Deeper Understanding," can be heard above. Meanwhile, Bush is recording her next LP of new original material with "most of the writing" completed.

James Mercer has been keeping busy of late as the co-leader of Broken Bells, his side project with Danger Mouse, but the band that brought him into the limelight are finally back, recording a follow-up to The Shins' chart-topping 2007 LP, Wincing the Night Away. No word yet on when we'll get the Shins' long-awaited fourth full-length, but Mercer and drummer Joe Plummer have unveiled our first preview via the unknown-titled ballad above, performed live at a benefit concert in Portland earlier this year.

The first bit of post-The King of Limbs material arrived on Record Store Day in the form of Radiohead's limited "Supercollider" b/w "The Butcher" 12-inch vinyl release. Let's start with the bad news: Radiohead aren't planning more releases in the near-future to follow up their relatively short, B-side-less eighth LP. The good news: A 55-minute video of the band performing their latest effort live for producer Nigel Godrich's From the Basement series will air on the BBC in July. More exciting than a free newspaper, no?

DiS pen pal Ryan Adams appears to be plotting a return to form, of sorts, as the singer-songwriter has been hard at work in the studio for a solo effort featuring legendary rock producer Glyn Johns (father of Heartbreaker, Gold, 29, and Whiskeytown's Pneumonia producer Ethan Johns). Hear one of four stunning new songs debuted live at a surprise set opening for legendary country collaborator Emmylou Harris in Los Angeles recently above. If you like what you hear -- or happen to be a diehard Adams fanatic like myself  -- you can catch performances like this along stops of his solo acoustic European tour next month. Oh and his wifey Mandy Moore (pictured above) has a new album coming soon too

Sonic Youth's Thurston Moore recruited Beck to produce his latest solo album, Demolished Thoughts, a collaboration with harpist Mary Lattimore and violinist Samara Lubelski. The full LP drops on May 24, followed by a short U.S. solo tour, but now you can hear a piece of its dissonant beauty above or a more subdued taste, "Benediction," here. I'll let Thurston himself describe this track:

"Circulation" is about menstrual cycles and the year 2012 when the Goddess of Destruction, the Goddess of Creation and the Goddess of Nurturing all come together and rise as Isis to bring the Earth to a new Matriarchy. We’ll of course be in bed, drinking wine, smoking cigarettes and playing scratchy jazz records on a turntable on the nightstand.

The follow-up to Wilco's 2009 album Wilco (The Album) remains on course for a 2011 release via their own label, dBpm Records. If their eighth LP didn't bring enough abstract, Yankee Hotel Foxtrot-style exploration for your taste, LP8, tentatively titled Get Well Soon Everybody, is shaping up to be a departure from its predecessor. Jeff Tweedy revealed recently that the possible double-album varies between "experimental-leaning rock” and “cinematic-sounding country music," which includes a 14-minute, 10-verse song. Above, we have one possible album cut performed live by Tweedy last month. Meanwhile, the band are set to release a new single in June, backed by a Nick Lowe cover, at their Solid Sound Festival amid a worldwide tour.

Bat For Lashes - "A Forest" (The Cure Cover)

Our only non-new cut in the sophomore news/tunes mix comes via an intriguing update from the Cure: Frontman Robert Smith has reunited with former keyboardists Lol Tolhurst and Roger O'Donnell of the iconic goth-rock group for three concerts at Sydney, Australia's Vivid Live Festival, at which the band will perform their first three albums with all sets filmed for a subsequent release. Why Bat for Lashes, you ask? Well, Natasha Khan and Co. are set to play the late-may/early-June festivities as well, alongside the likes of Cut Copy, Architecture in Helsinki, and more. If all goes well, we'll have a live take on a new tune to stream from BfL next month.

Finally, in keeping with a tradition spawned by the Kills' mint to cap off the nutrious meal that made up last month's music news mixtape, a sweet, legal, and free MP3 from Danger Mouse, Daniele Luppi, and Jack White's Rome project called "Two Against One" is here for your indulgence.

'Ever Falling In Love'