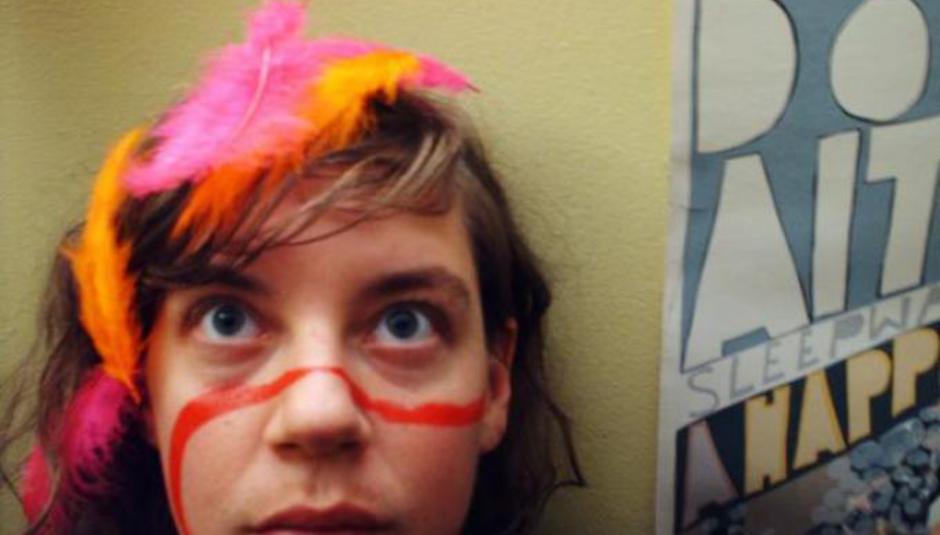 Once you get over the extreme pain in the arse accompanied by writing tUnE-yArDs all the time, there's a lot to like about this act, especially Merrill Garbus's astonishing vocal skills plied with a less-than-conventional approach to arrangement. We reviewed their first record here, giving it 8/10.

The new Tune-Yards record comes out on April 18, through 4AD, a welcome development. It's called w h o k i l l (no, seriously), making some people who like to stick to typographic conventions even more enraged. It was recorded shortly after Garbus moved from Montreal to Oakland.

The record was self-produced, with help on the engineering front from Eli Crews. Garbus had this to say on the matter, speaking to Pitchfork:

"People kept saying, 'Oh, I wish your recordings were more like your live show.' But the stubborn, contrarian impulse in me wanted to rebel against their desires a little bit. I have no interest in making a live album. But, at the same time, I wanted to record it better than I had been able to record the last album. So I went into a real studio with a real engineer and real microphones."