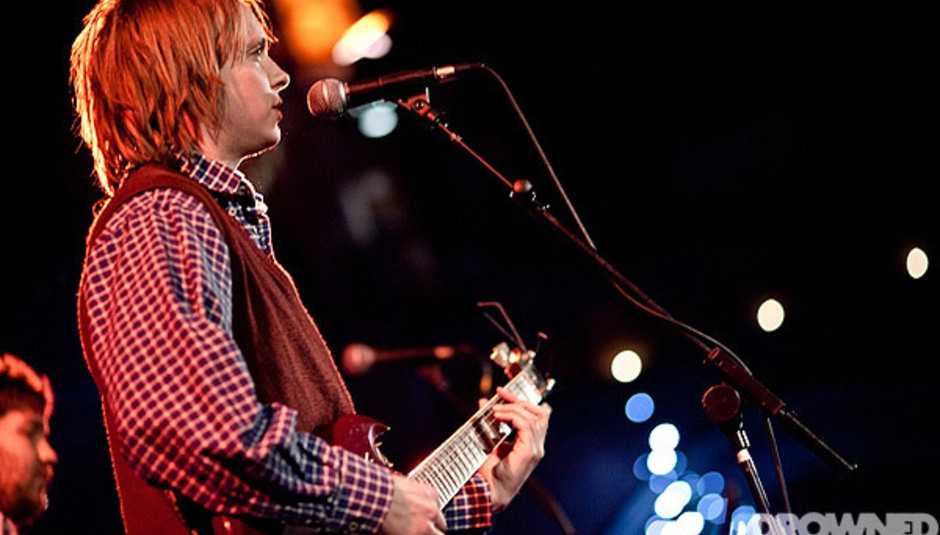 The Wave Pictures are, in fact, quite prolific. This is a good thing, because they happen to be writers and performers of wonderful and charming indie-pop, but from a jaunty angle. They've got a new record on the way, too, the follow-up to last year's Susan Rode The Cyclone.

The next chapter in the Wave Pictures story is called Beer In The Breakers and will see release on April 18 through Moshi Moshi, who they've been with for a while. It was produced by former Hefner frontman and all-round-good-bloke Darren Hayman and was also recorded "as-live" in Hayman's house.

“We’d been enjoying playing together live more than ever on recent tours and simply wanted to record the band the way it sounds these days. When you do things live, you obviously sacrifice perfection in the hope that instead you will capture these kind of strange and glorious spontaneous moments that musicians create together, that no one could do on their own, and that you can only get with live performance. It was probably the happiest record experience we have ever had.”

In other good Wave Pictures-related news, David has had his hair cut.