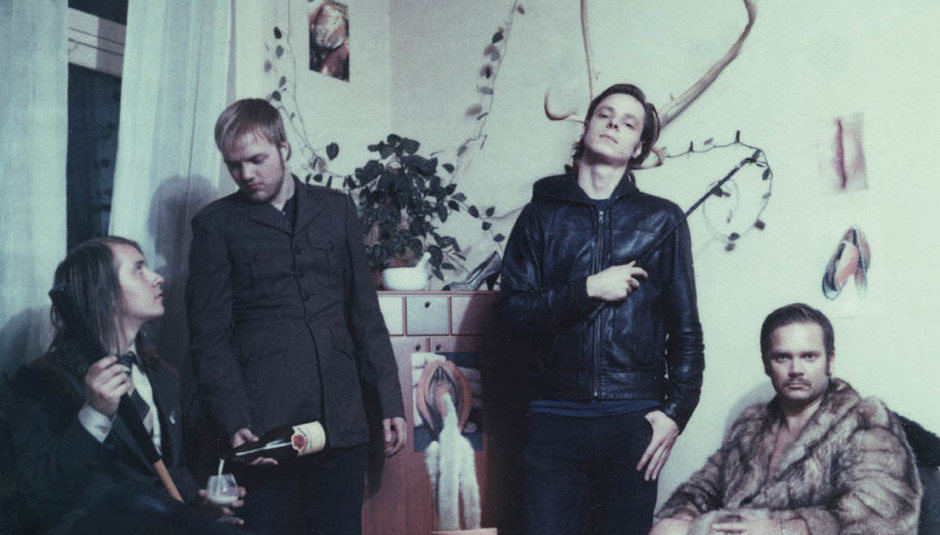 There has been, you may be aware, an awful lot of superb music emanating from Norway over the past decade and it has been finding more and more receptive ears over our way. The electronic and electronically styled have been knocking at our collective door for some while now.

120 Days - whose members have been involved in Serena Maneesh and Bygdin, amongst others - released their debut album a long, long time ago now, but this year they return with a new one and we've got a taste of it for you. We say a taste, but it's more than that as the track in question is very, very, very long but thankfully it never tires, morphing from course to course over its near-ten-minute length. You can listen to it by using the embedded SoundCloud widget below. It will either brighten up your Monday or just make you forget that it is Monday, both of which are positive.

Half of their new album is already in the can, with the remainder needing to be mixed, which will happen in March with Nick Terry. They won't be coming to these shores just yet, but they do play in Oslo at by:Larm on February 18, Frost Festival in Copenhagen on February 24 and back in Oslo for Øyafestivalen in August.