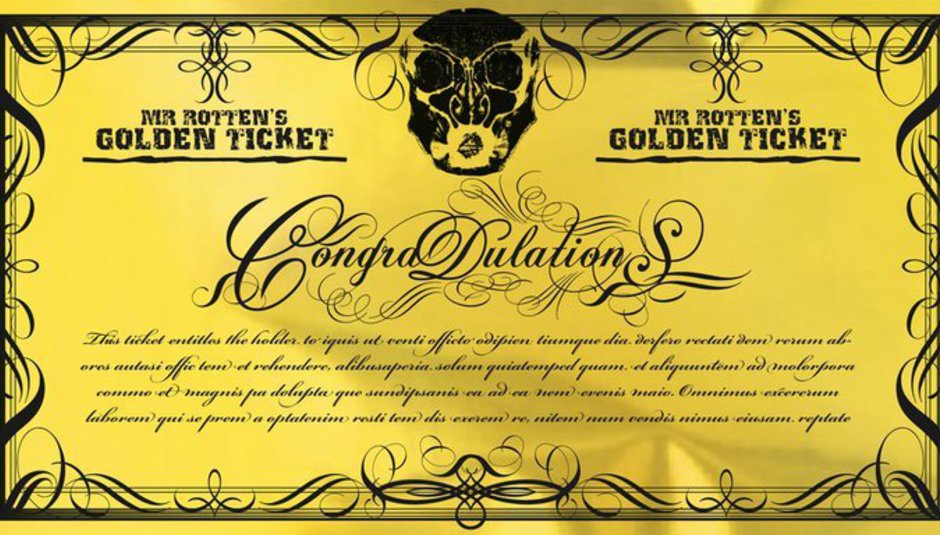 I can't say I've ever had the desire to interview John Lydon, although I'm sure he'd be an entertaining person to do so with. If you're a fan of the man and fancy having a 10-minute one-to-one chat with him then you're in luck, or you could be.

He releases a book very soon, entitled Mr Rotten's Scrapbook, which is about all manner of things and is limited to 750 copies worldwide. 750 copies? That's not a lot, is it? No, it's not, which is why the price of the thing is £379. That, on the other hand, is a lot. Anyway, the gist of all of this is that in 100 of these scrapbook editions there will be a golden ticket (see below) which, if you find one, means you get to chat with the man himself. Not in person, mind, on a webcam. For 10 minutes. I understand this is sounding less and less appealing by the minute, but still.

The golden ticket is below, as well as a handwritten note from Lydon regarding something or other with Cliff Richard. Note how he writes "Cliff Richards" as opposed to the more correct "Cliff Richard". That said, he's also scrawled "Congradulations", so I'd suggest he's having a bit of laugh. More info on the scrapbook can be found here.

Watch: Spoon play tribute to Jay Reatard with 'No Time'