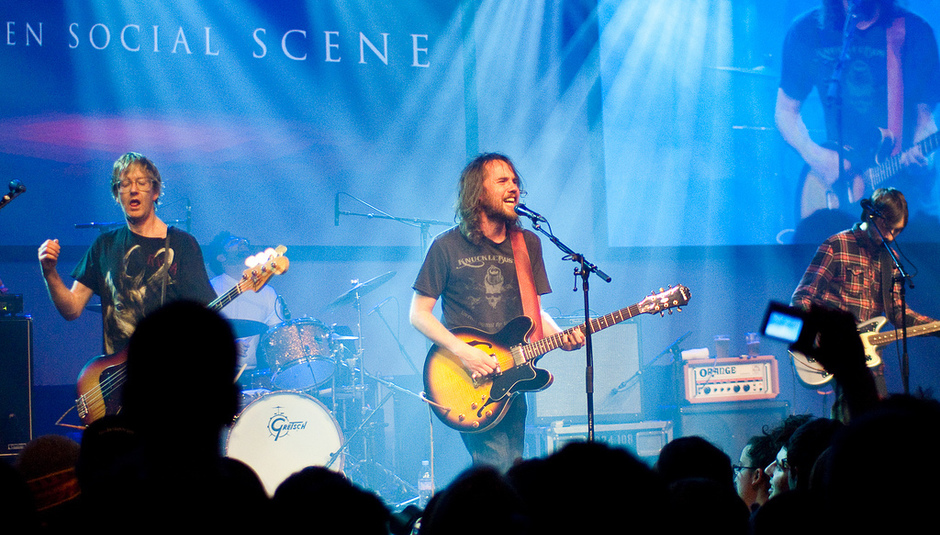 Some time earlier in the year - I forget exactly when - Broken Social Scene released Forgiveness Rock Record. It had an interesting cover. The songs contained within were and still are perhaps even more interesting, especially 'All To All'. That's been remixed by a few people, four in total now, and you can listen to them all below or on their official website.

So there. Listen to them all. As you can see (or maybe not), remix number FIVE comes out on September 6, which is just a few days away. I guess you should probably come back here and check. There was also a video released for 'All Is All'. Nothing much happens in it, but it's mesmerising to watch. Have a look for yourself below, once will almost certainly not be enough.