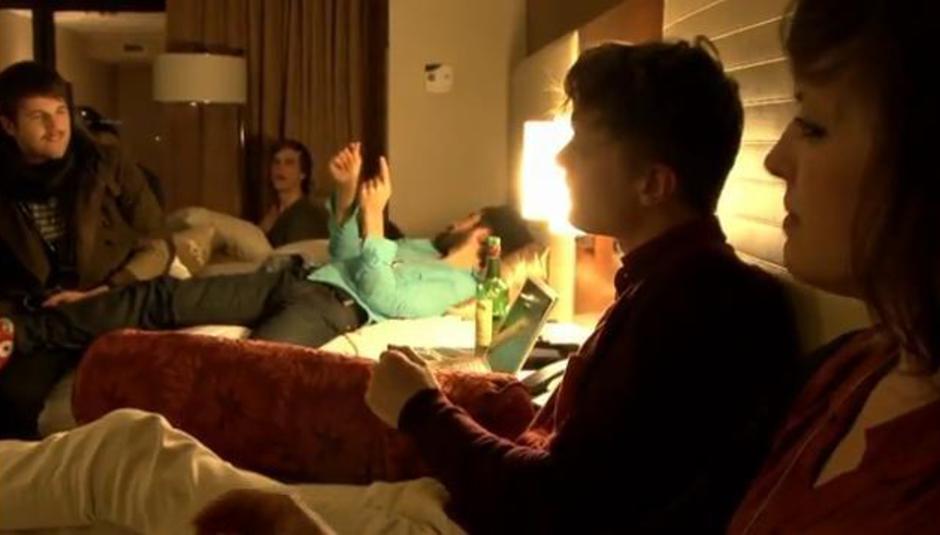 Ever wondered what it's like to be on the road with those most marvellous purveyors of deep and vast sounds, Efterklang? What do you mean you haven't?! Regardless, you're now going to get a little taster, in musical form.

Back in March last year, the Danish collective toured in the US, taking the time to 'road test' songs which were up for their third and current record Magic Chairs. One of those songs was, of course, 'The Soft Beating', which made it onto the record as track seven. What you have below is a documentation of the track, performed across various American places and locations, made by Danish music journalist Ralf Christensen, who followed the band for the final few days or so of the tour. Very nicely shot, cut and that.

Magic Chairs was released through 4AD on February 22. Look below for upcoming the tour dates: