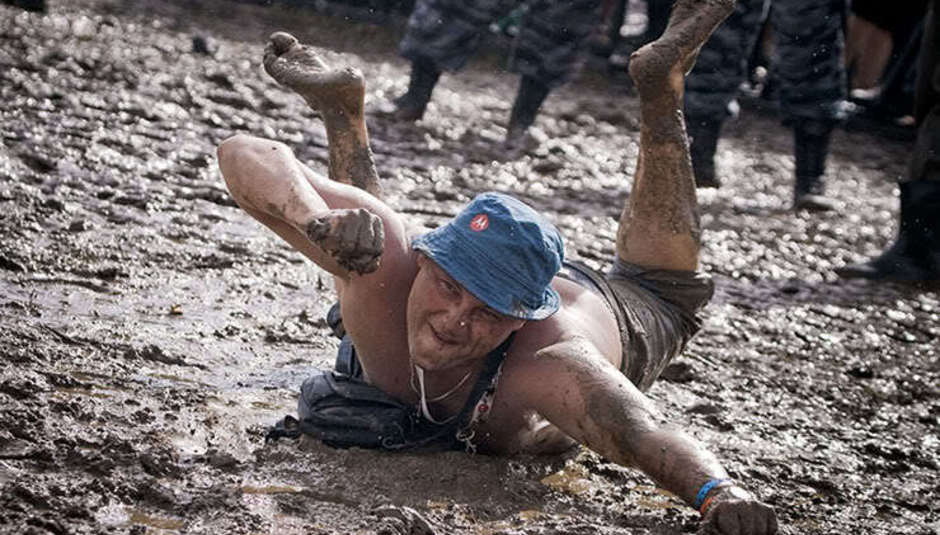 As alluded to in the initial Festival News Round-Up, it's around this time of year when our inboxes get a deluge of festival announcements, additions and all other sorts of information. Usually like 'TICKETS ON SALE NOW'. Naturally we can't cover every SINGLE scrap of festival news, so we've come up with this handy weekly companion to help you wade through the (mostly) important information.

Oxford's finest small-to-medium sized music festival have just announced 2010's headliners, and it's those Danish art-rockers Mew, which is a fairly decent start to things. This year Truck takes place from July 23 - 25, in the usual place of Steventon (not SteVINGton, as I have once or twice written), Oxfordshire.

On the back of the success of Truck, the people behind it decided to set-up another one (or two), and Wood (or WOOD, depending on your mood), affectionately referred to as "Truck's little brother". They've just announced former Million Dead man and solo-artist outright Frank Turner as a headliner, alongside Tunng and Fionn Regan, who I assumed was female but apparently is NOT. Peggy Sue, who are a band and not one female, have also been confirmed.

Wood takes place from May 21 - 23 at Brazier's Park, Oxfordshire. Tickets can be bought from here.

Norway is a cool country. I know, I've been there. This year's Øya festival in Oslo is shaping up pretty nicely, as these international events do seem to do. Confirmed in the last few days are Paul Weller, LCD Soundsystem, Robyn and MIA, who join the previously announced line-up below:

Norway is bloody expensive, but you'll have a good time if you go. This year it takes place from 10-14 August in Middelalderparken, Oslo. More info here.

Liverpool is a sound city. This year's Liverpool Sound City is starting to warm up, too, unlike this bloody weather. Now we've got The Fall, Delphic, The Blackout (not the Blackout Crew, I hasten to add), Everything Everything, Egyptian Hip-Hop, Paloma Faith, Speech Debelle, The Maccabees amongst others.

LSC runs from May 19-22, in various venues across the cultured city. More information from here.

I always thought Bestival was a bit arrogant for having the name it does, then I realised it's run by Rob Da Bank, so any accusations of it are utterly misplaced. The big news for this one is that Roxy Music have taken a slot on the bill, and the fancy dress theme this year is 'fantasy', so make of that what you will. Literally. Already on the line-up are:

Hope this one lives up to its name. The Cheltenham-based event have a pretty decent variety for this year's festival, including the recently announced Subways, Metronomy, Frank Turner, Ben Marwood, Chris T-T, Maybeshewill, Dan Heaver, The Xcerts, Kill It Kid, as well as a few other, slightly less notable acts.

2000trees is really annoying to write, and runs from 16-17 July. More information here.