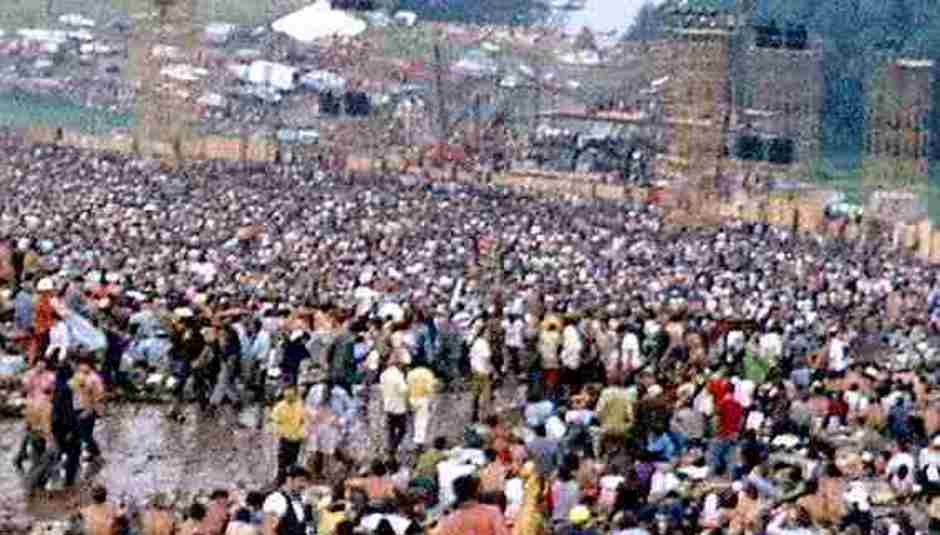 Around this time of year, some magical stuff starts happening and festival line-ups from across the country, and indeed globe, are announced, with sometimes pleasant results, sometimes surprising results and sometime disappointing results.

Though we do try and cover the biggest and most relevant festivals (Glastonburgers, ATP, Latitude, Leeds, Reading etc) to you, our readership, we wouldn't aren't able to cover everything. Mainly because by March, it would leave 78% of the site's content as line-up additions of bands that few people have heard of. As opposed to just 50% being bands few people have heard of...

That's why, rather than not give the 'smaller' festivals any coverage, we've decided to do a round-up of the various bits and bobs that our going on, which will (most likely) be coming to your browser weekly, though in an irregular fashion. Croatia seems to be a popular place to have a festival, this year, by the way.

First and most foremostly, London's Camden Crawl returns this year for its fifteenth (I think) event, spreading across all those venues in Camden, ranging from the Roundhouse to Dingwalls. This year the bands are coming to you courtesy of Gaymers Cider, which isn't a Japanese knock-off imitation of Bulmers, honest.

Teenage Fanclub and Billy Childish are probably the two biggest names announced at this time, but there's plenty more to suit your tastes below, no doubt.

This year the festival takes place on Saturday May 1 and Sunday May 2, with tickets on sale now. £2 from each ticket sale goes to War Child, too, so it's partly for a good cause, as if seeing good bands weren't a good enough cause.

Another London-based festival, this time one which takes place in Victoria Park. This year, however, it's been extended from a 2-day festival to a 3-day festival. Which makes it more than just a weekender in my opinion.

Here's who they've announced to play, across the days 16-18 July:

You might be interested in this if you live in North Wales, because that's where it's taking place this year, specifically Bangor. No bands announced yet, but here's what Moylesy had to say about the 20,000 capacity event.

“I love Radio 1’s Big Weekend – it’s the best event all year. I’m already looking forward to spending a couple of days in Bangor and getting to know the place!”

First one from Croatia here, the big news for any Balkanites (or anyone planning a holiday there around this time) is that LCD Soundsystem have been confirmed to play the T-Mobile sponsored INMusic, which is the largest open-air festival in the country.

It runs from 22-23 June and tickets are pretty cheap, at just €55 if you purchase before March 17. At most they'll be €70 which, again, isn't especially extortionate. Though the music side of the festival takes place over two days, there's the opportunity to camp for a whole SIX days by the side of Lake Jarun. Which may sway you a bit.

Poland has a lot to offer, you know, including many music festivals, of which Selector is one. A tempting quartet of artists have just been confirmed for the festival. They are Boys Noize, Thievery Corporation, Metronomy and the polarising Uffie.

Spain may be famous for Primavera and Sonar, but why not try out SOS? Or 'Estrella Levante SOS 4.8 festival', to give it its full and official name. It takes place in Murcia, which I believe is quite near an airport. On the list of already-confirmed bands are Franz Ferdinand, The Horrors, Orbital, Crystal Castles, Fatboy Slim, Carl Craig, Uffie, Tindersticks, Madness, The Magic Numbers and Nada Surf.

Newly confirmed are: Hot Chip and The Mystery Jets. Two day passes for SOS are on sale for £34.99 and a two-night hotel plus ticket combination package cost just 98 of your finest British Pounds. It takes place from April 30 - May 1, the same weekend as the Camden Crawl.