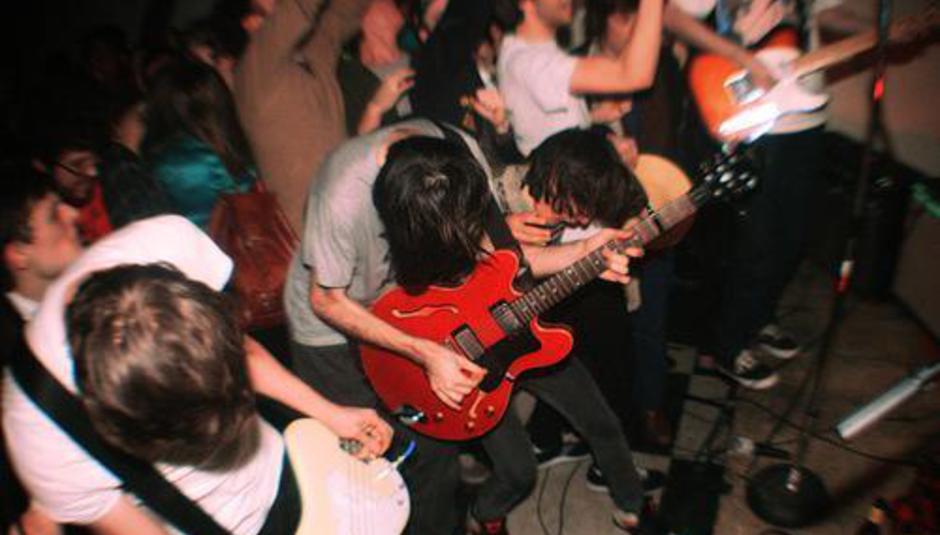 New Jerseyans Titus Andronicus have announced details of their second album - or as some people like to call it, a 'sophomore' record - following in the wake of 2008's critically acclaimed debut, The Airing Of Grievances.

The new record will be called The Monitor, and it'll be released through XL Recordings on March 9.

The band also believe it's pretty apt that The Monitor's first single will be released on the 201st anniversary of Abraham Lincoln's birth, given that it's "sort of" about the American Civil War.

“It doesn't take place in olden times, nor does it necessarily feature any characters that participated in that conflict. Really, it is a record about how the conflicts that led our nation into that great calamity remain unresolved, and the effect that this ongoing division has on our personal relationships and our behavior and how they're all out to get us (or maybe not?) and yadda yadda yadda.”

The tracklisting is as follows. Songs vary in length between just under two minutes and nearly a whole quarter of an hour! That leaves a length of 65 minutes in total. Long ting.

The album was record in August with producer slash engineer Kevin McMahon, over at his place in New York state. There's also a few guest appearances from members of American indie's royalty - of sorts - with various recruits from Vivian Girls, Ponytail, Wye Oak and The Hold Steady rearing their pretty faces.