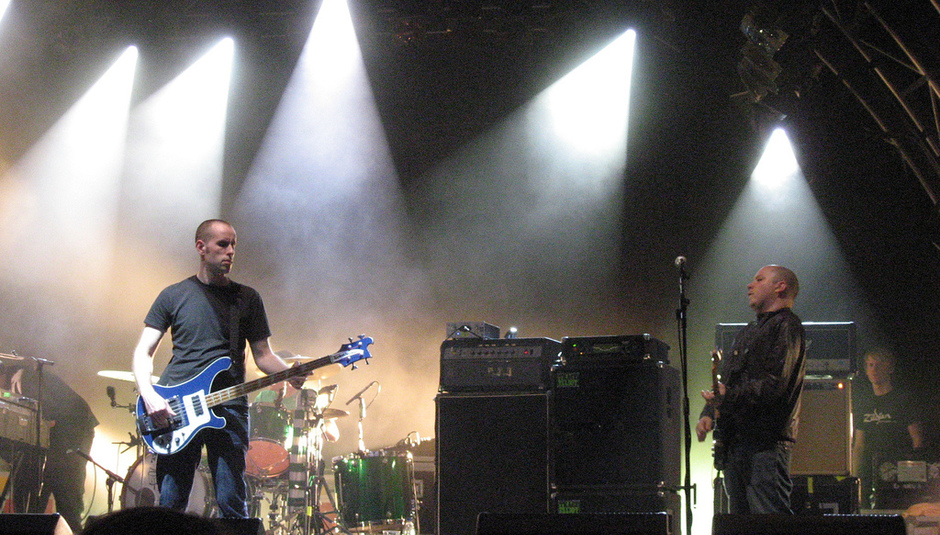 Scottish post-rockers (there must be a better term to describe them than that...juggernauts? Giants? Lizards?) Mogwai are to release a film of their live shows in Brooklyn earlier in the year, and it's to get a premiere at the Copenhagen Film Festival on November 13.

The film was directed by Vincent Moon (of La Blogotheque fame) and Nathanaël Le Scouarnec, and is operating under the working title of Burning.

We understand that both the film and a live record will be released at the same time, though the live album itself will be called Special Moves and will, naturally, be released on the Rock Action record label. You can get full details of the premiers (if you happen to be in dearest Copenhagen at the time) from here. Stuart Braithwaite will be DJing after the event, too.

Stuart will also play another part in the film festival, as he stars in the Moon-directed short film Adelia, I Want To Love, which is apparently about a 90-year-old's first encounter with post-rock, witnessing Mogwai live in concert. The film is two stories in one, one about Adelia, one about Stuart. Simple. Could be an experience worth repeating, I feel.

In other Rock Action related news, the Camberwell-based powerhouse that is Part Chimp have added a few more dates to their current tour, supporting the recent release of their new LP Thriller.