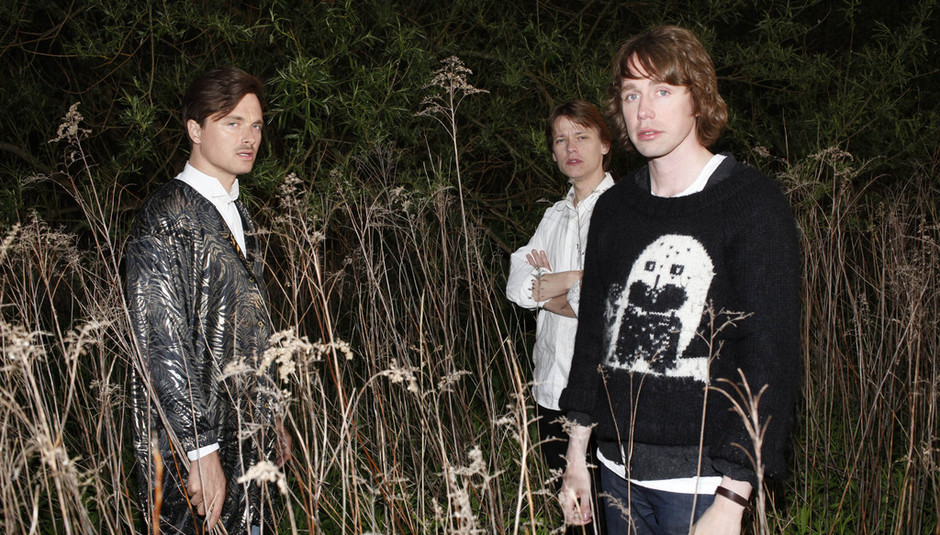 Here's the second video in a series of three from the Danish marvels Mew. Previously in the trilogy we'd seen 'Introducing Palace Players', but this time it's the turn of 'Repeaterbeater', the second single taken from No More Stories, which was released earlier in the year.

As with 'Introducing Palace Players' this one has been directed by Martin De Thurah with the help of Adam Hashemi and Lasse Metinussen and was produced by BACON.

It all starts off in a sinister manner with the boys being involved in some kind of psychic episode. Very odd indeed. It then carries on very much this way for a while, but who's the woman in the white at the back? No, I have no idea either...It actually reminds me of a really rubbish film called The Haunting in Connecticut which I saw the other day. 3/10 if you're wondering. But this video's thrice as good as that, so do not fear.

Should you want to see Mew play live, in the flesh, here are a few tour dates they'll be playing in the next little while:

And here's what you're here for; the video for 'Repeaterbeater':