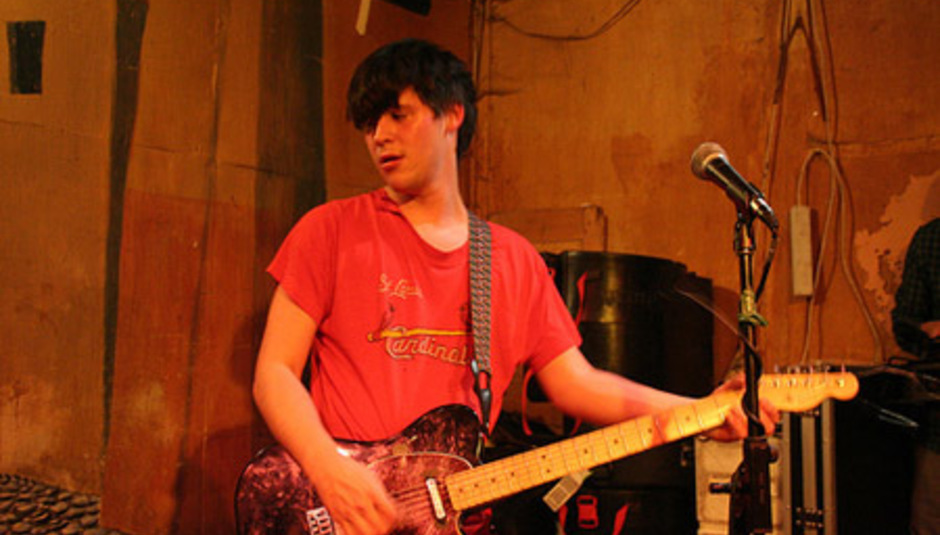 As if pseudo-celebrity Z-listers bickering with each other wasn't quite enough, now we have underground indie musicians trying to fuck each other up. We think. This time it's the turn of Wavves' Nathan Williams and Black Lips' Jared Swilley, who apparently came to blows at a club in New York on Friday, according to Pop Jew.

They report that there was somewhat of an altercation between the two early in the morning at the Wavves show at the Market Hotel.

"I didn't see the beginning, but I did see people dragging Nathan and Jared apart, and then Jared and a popular DJ running at Nathan again, spilling beer all over everyone (including me), and punches being thrown. The lights at Daddy's were turned on, the cops showed up, but Jared and the chick were not ready to stop fighting and were even trying to fight other people outside the bar. Jared was bloody. Nathan was fine."

So, that's all very clear then. Kudos for the use of the phrase "a popular DJ". Obviously not that popular. Bruno Brooks perhaps? Probably much ado about nothing, right? Well, maybe. If you want to stop reading about silly boys and their silly fists - and bottles - then stop here. If you want to carry on and see what the pair had to say for themselves, then continue.

"Talking shit about me on the Internet is one thing, I can handle that all day but when some dude is just looking for a fight at 4 in the morning talking shit to my face and his girlfriend is spitting in the face of all my friends it's a whole different story. I have no problem wih [sic] black lips or anybody else that i havent met but jared has been at me every chance he had. I just want to play music and have fun. It was unfortunate that it escalated to that point but he got what was coming to him."

The "talking shit" on the internet refers to an event earlier in the year where Swilley piped in with his two cents' worth about Wavves' 'breakdown' on stage at Primavera - something which nobody other than Williams really cared about.

Yet, oddly enough, Swilley doesn't seem to agree with this turn of events. He told Buddyhead:

"First of all, I just wanna say that Wavves was NOT involved in that fight. That faggot didn't even touch me.

I've never 'come after' that kid, it wasn't four a.m., that wasn't my girlfriend, no one was spitting, and I didn't attack him. I don't give a shit about that kid and his music.

That's two uses of the f-word so far. Wait, no, three. Nice of him to smile after you told him you didn't like him, eh? What did you expect him to do, exactly? Start a figh...oh, well done!

"After that, I went outside and saw their tour manager hanging around with some guys. They started getting all chuckles with me and so I told them I wasn't gonna have it. After that, Wavves tour manager hit me square in the face with a bottle. Blood started pouring out and six dudes fucking started kicking me until I blacked out.

All I remember is getting hit with the bottle and my friends dragging me to another bar. They wrapped my head up until I looked like a Confederate soldier.

So yeah, I lost the fight.

Bottom line is that faggot from Wavves didn't even hit me. Never touched me. And he should've, cuz he had a free shot."

And I guess that amounts to somewhat of a threat, if a slightly loose one. Stay tuned for the ugly aftermath of this horrible situation then. By this point, however, I'm sure you've stopped caring about anything either of these two do again. Sorry about that. Listening to Black Lips will never be the same again, I'm sure.

BUT, in one last, amazing twist, Buddyhead offered to stage a boxing match between the two, and Swilley seemed pretty keen:

“Hell yeah, I’ll put some gloves on and kick that kid’s ass! As long as it’s just him and not his tour manager and six other dudes. Let’s do it.”

Can't we go back to the days of BIG feuds, like Axl Rose and Kurt Cobain/Nirvana? Please?