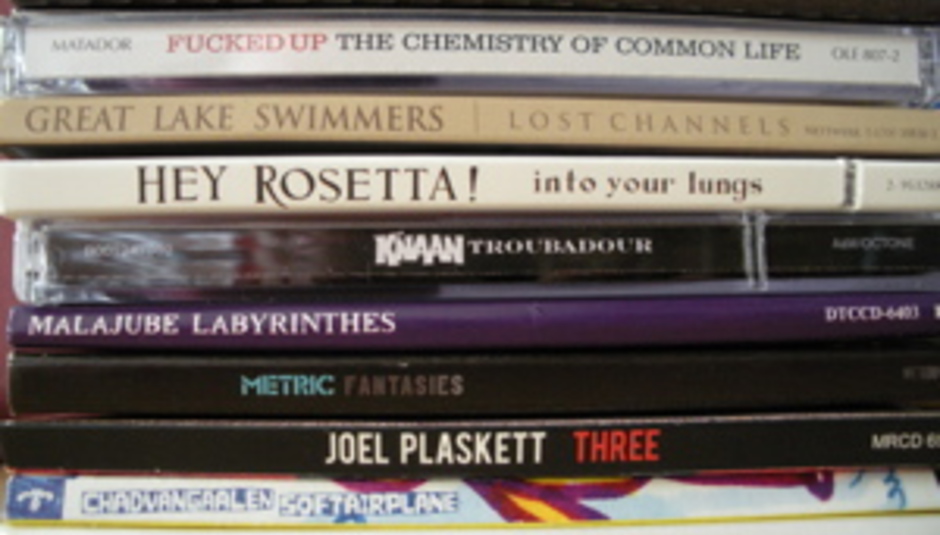 Oh Canada, with your left slanted politics, inventing of the Blackberry and indie-points jackpot winning selection of artists you are really-really spoiling us. Put it this way, whereas the Mercury Music Prize has been tarnished with names like M. People, previous Polaris winners are includes Final Fantasy (He Poos Clouds in 2006), Patrick Watson (Close To Paradise in 2007) and last year Caribou won it for his album Andorra. Ok, so they've only had three but that's not bad going.

Without furtherado, Steve Jordan, Founder and Executive Director of the Polaris Music Prize, last night revealed the Short List of the 10 Canadian albums eligible for the fourth annual $20,000 award. Jordan reckons: “If there’s a common thread to these records, it’s that each artist built on previous successes by pushing themselves into even riskier artistic dimensions. Listeners will find the jury picked quite an ambitious crop this year. This is exactly the kind of artistry that Polaris aims to support,” and DiS concurs.

The nominees are, in alphabetical order:

FYI: A jury of 182 music journalists, broadcasters and bloggers from across Canada submitted their top five picks for best Canadian album released between June 1, 2008 and May 31, 2009. These picks were narrowed down to a Long List of 40 which was made public June 15, 2009. The winner will be announced at The Concert Hall at the Masonic Temple in ? Toronto on September 21, 2009. On the night, 11 members of the jury will be specially selected to convene and determine the 2009 winner on location.

DiScuss: who's your money on?