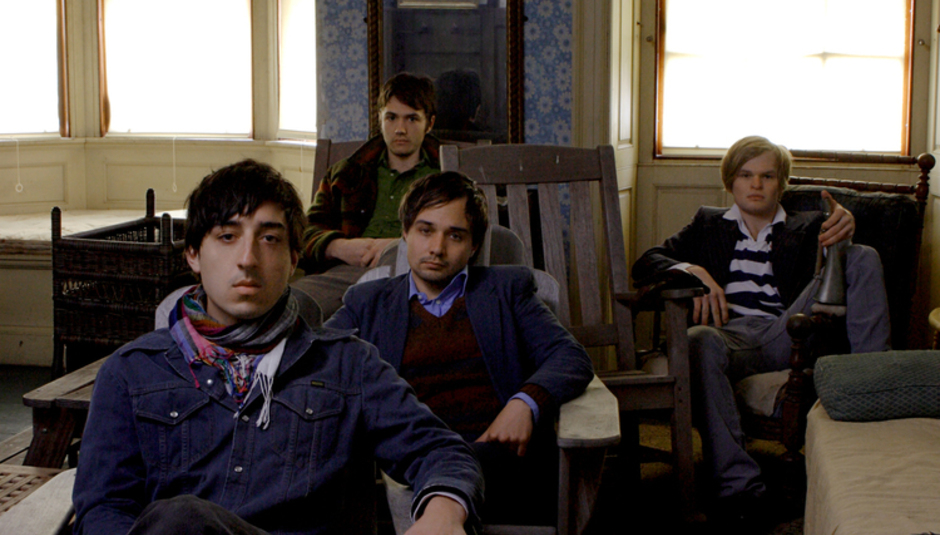 The fantastic Brooklyn four-piece Grizzly Bear have announced that they'll be playing a one-off gig with the London Symphony Orchestra later in the year.

The gig - or show, because it will be a fucking show - takes place on October 31 (Halloween!) at the Barbican, London. Tickets are currently on sale to Barbican members but go on general sale tomorrow (July 3) at midday.

As you may have guessed from Grizzly Bear Week, we're pretty big fans of the guys.

Top things from that week (and maybe best things EVER to be featured on this website) include Ed's Top 11 Animated Gifs and Wendy Rossen's Indie Corner.

Elswhere in the week we had Ed speaking to Phoenix via Skype, a recipe for Grizzly Bear Gumbo and some awe-inspiring Grizzly Bear cover versions. Check.

You can buy your ticket for the show from here.

We're hoping this will overtake Metallica's S&M performances with the San Fran Symphony as "best time a band and symphony orchestra got together to play music and completely fucking killed it".