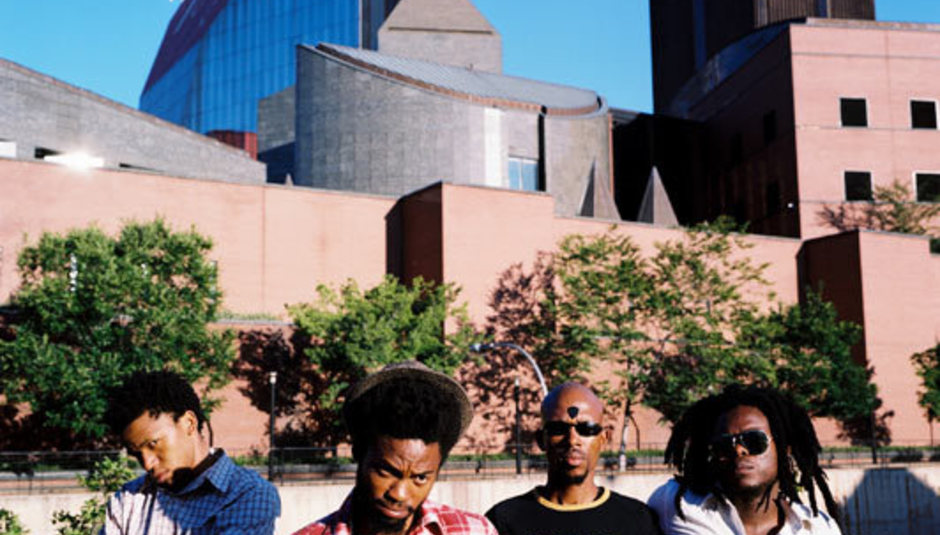 Class of 2009 members and "best band from South Africa ever" winners, BLK JKS, are to release their long-awaited debut LP on September 21.

After Robots will be released on Secretly Canadian in the UK and has a cover which looks like this: The record was produced at the Electric Ladyland studios in New York City by Secret Machines bloke Brandon Curtis.

BLK JKS have been described as various things throughout their time, but their greatness and quality transcends any kind of label anyone could place on them.

Check them out below and at MySpace to see what all the fuss is about. You will not be disappointed.