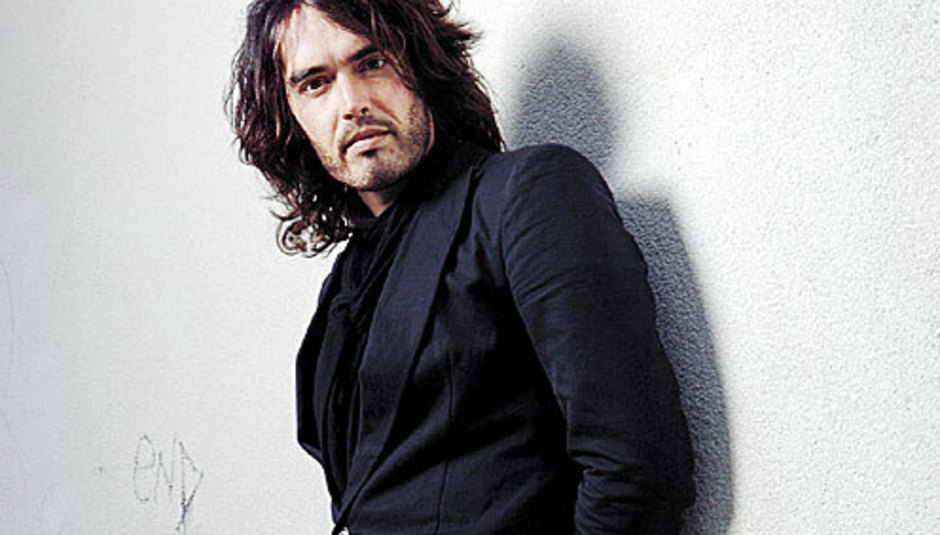 Long-haired lothario Russell Brand is set to team up with mono-browed Parker from Thunderbirds lookalike Noel Gallagher for two-hour special on talk-a-load-shit-but-we'll-still-air-it radio station TalkSport. Yes. Both of them. Together.

In a move that is bound to confound, confuse and irritate pig-swill-for-brains middle aged women and a sizable chunk of the Daily Mail's readership (what, you mean they aren't the same!?), Brand and Gallagher (both well good mates) are going to shoot the shit in an apparently "no-holds-barred" show aired this Sunday, April 19 9-11PM.

Brand, most famous for his roles in Forgetting Sarah Marshall, St Trinian's, and Bedtime Stories resigned from his BBC Radio 2 show in a storm of controversy last year, for something I can't quite be bothered repeating.

In fairness to Brand - a devoted Hammer - he's an eloquent chap who writes amusing and verbose football columns for The Guardian. He does have a bit of a way with words. Gallagher, on the other hand, is responsible for lyrics such as:

If, after reading this far, your optimism is utterly abounding, remember that this is the radio station that employs George Galloway. Don't get your hopes up.

Here's a select two gems from the duo:

"I've got a bit of a headache, a bit of a lump gathering over my eye but if I have another 75 cigarettes and a couple of bottles of gin I'll be all right. I might go to sleep tonight." "What would you rather read? 'The guy from Keane's been to a rabbit sanctuary 'cos one of the rabbits needed a kidney implant, so he swapped his with it' — or 'Liam Gallagher sets fire to a policeman in cocaine madness while his brother Noel runs down Oxford Street nude'?"

"Charles Ingram’s views are so pugnacious that when I heard them I went back to ancient Arabia, sauntered into Aladdin’s cave said 'open sesame' perused all the treasures and trinkets until I got Aladdin’s attention, pulled down my trousers and panties and forced a genie into my dinkle’s peep hole and shouted 'Aladdin rub the lamp you’ll get more than three wishes.' He said he wished I’d leave his cave."