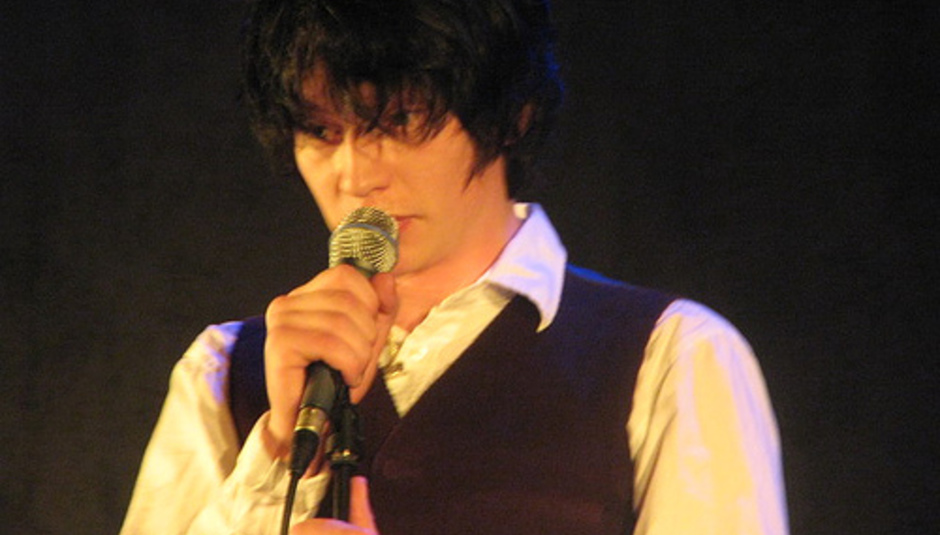 Despite how uncool it sounds now, DiS was rather smitten with the literate-Libertine's Larrikin Love, who never quite garnered the attention they deserved. Since then the band's leader Edward has been doing a few bits with Patrick Wolf and developing his new project The Pan I Am

Following a few rough noir demos on MySpace, today is the day the first proper material is available. ‘Young God/Bad Thing’ is the first track to appear from Edward Larrikin as The Pan I Am and was made available as a free download as midday today from edwardlarrikin.com

On first listen it isn't what you'd expect; it sounds not unlike a drone-drenched CocoRosie/The Knife muddled by the should-it-sound-like-this production adventures of Panda Bear (which came on straight after on my iTunes and is maybe clouding my judgement). A few listens later and it's clear that after 12 months of trying to perfect and engage his vision, Larrikin has stumbled upon an intoxicating new brand of disturbing pop.

Ed describes the track as “a slice of industrial spoken word with speed garage vocals” whilst the press release states "The song is an apocalyptic homage to the power of lightening – the music a hypnotic quiet storm," which hints at things being a little more Nine Inch Nails than the track actually sounds.

Anyway, enough typing/talking about music, go listen and tell us what you think edwardlarrikin.com or myspace.com/thepaniam. There should be a London show just before Christmas and hopefully we can expect an album in 2009.