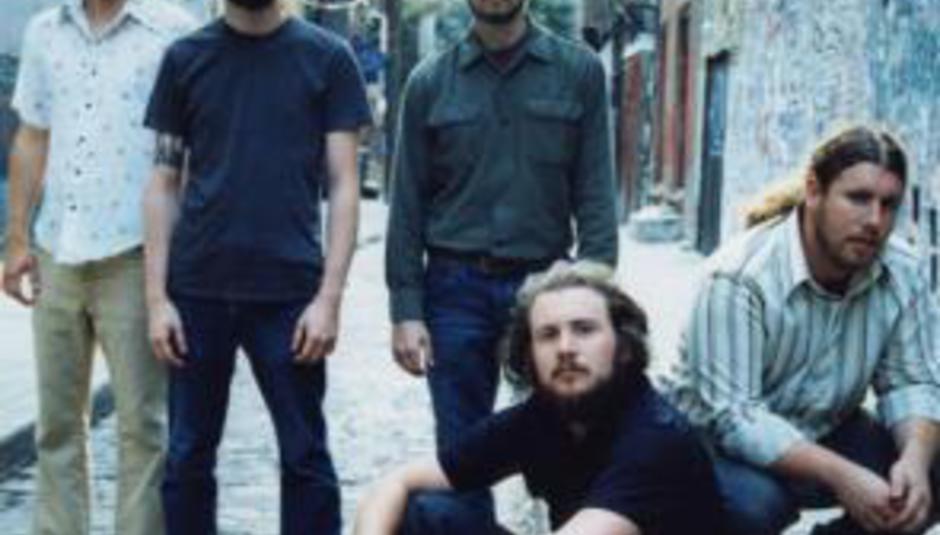 Now for some more serious news... US alt.country rockers My Morning Jacket have cancelled their upcoming European tour, which was due to call on these shores in London on November 12th. The reason: singer/guitarist Jim James has failed to recover from injuries suffered after he fell off stage at a show in Iowa last week.

"It is with great regret that we have to announce the cancellation of My Morning Jacket's up-coming tour to Europe due to injuries suffered by Jim James in Iowa City. For the fans who have purchased tickets, we would like to extend our gratitude for your support and understanding. Our hope was to merely postpone the tour, but as our scheduling does not allow that to happen in the immediate future, we feel it is best to cancel this tour in hopes of re-scheduling at some point. We would also like to say 'thank you' to all the fans who have reached out to Jim with their well-wishes as we all hope for his speedy and full recovery"