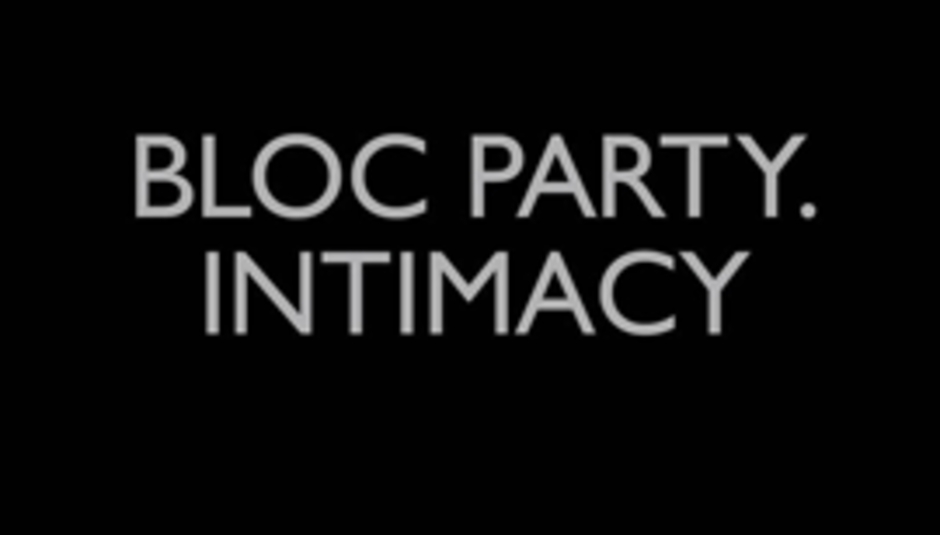 As previously reported and as we're sure you're all well aware, the new Bloc Party album is available as of today.

In what is slowly but surely becoming the sensible way for bands to release albums, the boys from the Bloc and the folks at Wichita have teamed up with Sandbag, better known as a band merch company, to release their third album.

If you spend a tenner today on blocparty.com you'll get the MP3's of their new album Intimacy today and, then you'll need to sit tight until October 27th for the CD to drop through your postbox. But it's worth the wait as the CD will also feature additional songs.

The track listing for the record is as follows:

Other factoids you might like to know is that the album was produced by Paul Epworth (Silent Alarm) and Jacknife Lee (A Weekend in the City, as well as Snow Patrol). It was recorded in Kent and London. According to the press release as we've not had chance to hear it yet "Some songs are Bloc Party at their most wildly experimental, while other tracks are simply classic Bloc Party, fitting in seamlessly amongst fan-favourites 'Helicopter', 'Banquet' and 'So Here We Are'." Obviously the DiS boarders have been talking about and reacting to the record already.

Obviously don't forget Bloc Party will be playing the main stage at this year's Reading and Leeds Festivals, and will be headlining Scotland's Hydro Connect Festival on the 30th.

DiScuss: Got the record yet? What do you think? Does this getting the tracks digitally and then the CD at a later date release thing make sense for you? Should it be called doing a Nine Inch Nails or is the 'doing a Radiohead' headline better for in-jokes points?