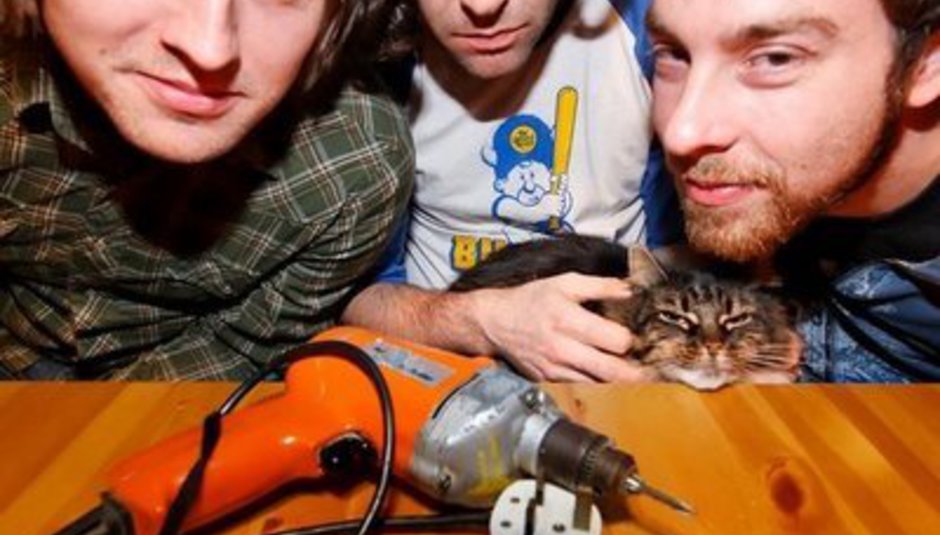 Beautiful Future (Of The Left, in Sheffield - August 30)

When our favourite Sheffield bar/venue The Harley - host to our monthly Steel City DiScover club, remember - asked us to book some bands for their August weekender, 2poor2pitch, what do you reckon we said? Clue: it wasn't 'no', hence the reason we're bringing you lucky folk details of these three amazing bands we've gone and confirmed for your aural delectation...

Future Of The Left shouldn't really need much introduction. Two used to be in mclusky, one in Jarcrew, and together they made one of the best albums of last year. We gave it a much deserved 9/10, and nominated it for our very own Pluto Prize. They're also a ferocious live band: prepare to be totally, utterly rocked.

Talking of awards, Manchester's Working For A Nuclear Free City only went and got themselves nominated for the US equivalent of the Mercury, The Shortlist Prize, alongside Arcade Fire, MIA and LCD Soundsystem earlier this year. If you've heard recent Kruatrock/acoustic/techno-fusing double album Businessmen & Ghosts you'll know precisely why.

Opening this DiS-affiliated evening leg (there's a host of bands earlier in the day from lunchtime, remember) we've got Dinosaur Pile-Up from Leeds, a band who played the London DiScover Club earlier in the year and, by all accounts, totally rocked the house. We suggest you head down early for this, because it's going to kick like a mule.

What's the deal, then? Well, it's a weekender, and tickets for all three days (full lineup information here) cost a really-rather-reasonable £14 from the venue (map).

If you'd prefer just to come on the Saturday, though, tickets for that are £6... unless you're a member of our Sheffield DiSsers Facebook group, in which case they're a whole pound less. Join and reap the benefits - but be quick, because there's only 200 tickets and this will sell out...