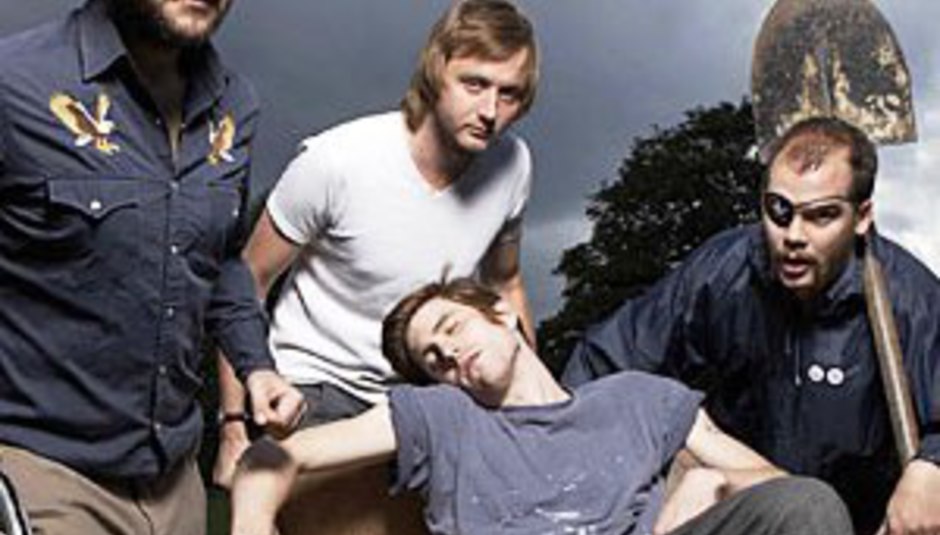 Smug-faced chart sensation Mark Ronson - oh come on, he always looks well pleased with himself - has signed The Rumble Strips to his new Allido Records label, which has been formed alongside Universal Records.

Ronson will handle production duties on the jig-happy foursome's next LP, the follow-up to 2007's decent Girls And Weather debut. Expect a release in the spring of next year.

Says Ronson of the band, pictured:

"I came across The Rumble Strips through their cover of 'Back to Black', and Amy [Winehouse] and I agreed it was kind of better than our own. I picked up their album and fell in love with it. Then I decided I wanted to sign them to my label and work on their next album. It was really as straight forward as that. We're all very excited about this."