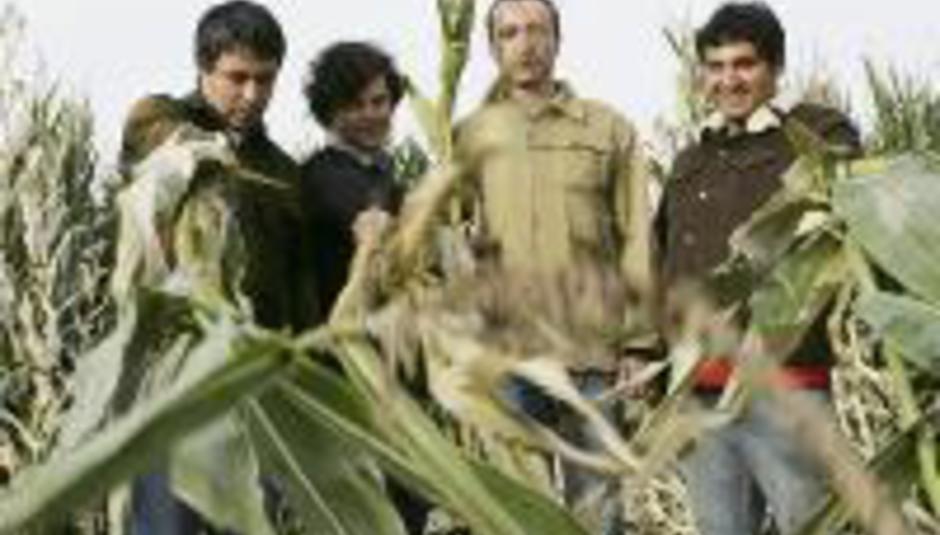 The Shins to leave Sub Pop, to 'do a Radiohead'?

Having lived most indie-kids’ soggiest of wet dreams, The Shins are to leave the legendary Sub Pop label in the year of its 20th anniversary and release their fourth album themselves.

After over a million album sales stateside, The Shins’ manager Ian Monotone made the announcement that they're to leave Sub Pop to release their next record via frontman James Mercer's own label, Aural Apothecary:

"The [new] deal will be more of a [pressing and distribution] deal than a traditional record deal. That partner could very well remain Sub Pop, who have done a remarkable job with the band and have a great staff of people who really love music. It could be a digital partner with respect to other rights. All of this is being determined. The first goal is to make the record and see where that takes us."

He continued, saying things which sound a bit like the band is not exactly leaving-leaving Sub Pop, but maybe seeing what other options are out there:

"In addition to the marketing tools we have at our own disposal, [we may] team up with a label partner that will assist with additional marketing, radio, and various costs. It allows them to have the best of all possible worlds - control and ownership, as well as the ability to still partner with a label and be able to take advantage of that traditional infrastructure."

Megan Jasper, the general manager of Sub Pop, had this to say: "The Shins have been a huge part of Sub Pop's story. We'd love to continue working with them."

It now makes a bit more sense why The Shins, as one of the label’s most successful acts, are not playing the Sub Pop 20th Anniversary shows taking place next month in Seattle. Speaking of which, there's an interview with label co-founder Jonathon Poneman on Yahoo.

DiScuss: So, The Shins to do a Radiohead / NiN / Dandy Warhols? Not necessarily leaving Sub Pop, just publicly asking for a better deal? Or is this maybe because of the increasing role Warner Brothers play in Sub Pop’s worldwide dealings? Anyone managed to play Wincing the Night Away so much that they can't listen to it anymore? I'm still addicted...