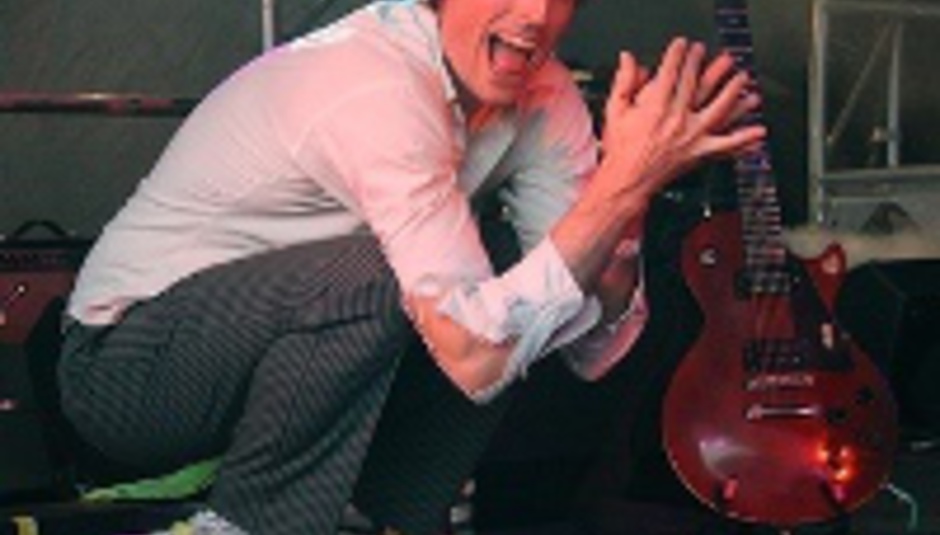 After much chat and conjecture, Battles have finally revealed the lyrics to their hit single 'Atlas'.

Any chance of revealing the lyrics to ‘Atlas’?
Err (great deliberation) you know, I might release them on the MySpace page soon.

Like a nut. That's from an interview, that'll be running at the end of the month. Eyes out.

Hidden under sheets of polyrhythm and squeezed by a vocoder/voice modulator/some weird muso machine, the lyrics have been an indecipharable mystery, 'til now.

Here's what they've been saying and you've been mouthing drunken all this time: