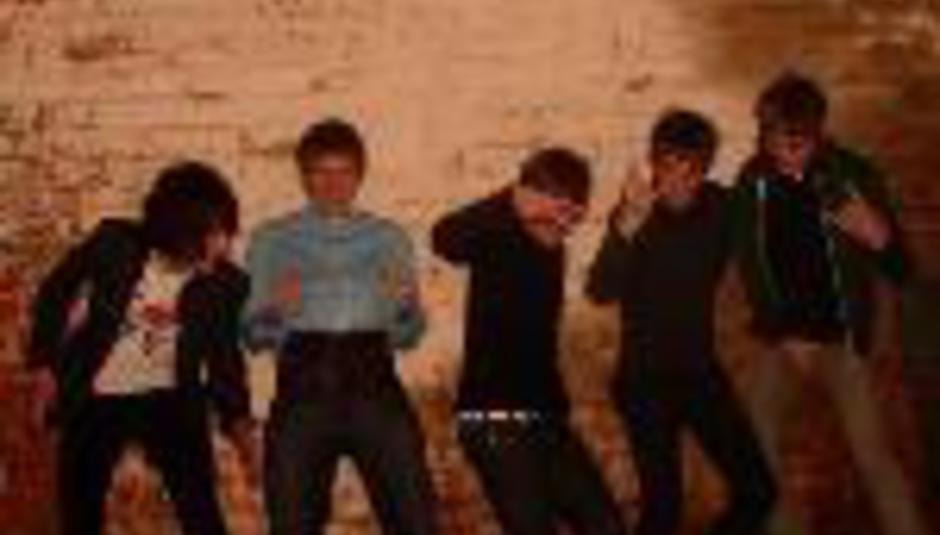 Wanna get Drowned in Nottingham this Saturday?

Not literally of course, although there's a rather wide river flowing through the city so I guess the choice is yours.

For your listening and viewing pleasure, we've got the return to these parts of the mighty Komakino, fresh from recording with former Mansun frontman Paul Draper. They've new tunes aplenty, and this promises to be half-hour that your life really shouldn't be without.

Before they take the stage, however, we've the Midlands debut of Ox.Eagle.Lion.Man, now complete with a full-time drummer and armed with a bunch of ditties focusing on subjects as diverse as farm animals to lifeboats. Respect, say we.

Newbury five-piece FortyFives (pictured) also make their debut in this part of the world. Whilst they say that their tunes are the musical equivalent of "icicles in your ears", we'd like to add that they also make highly infectious post-punk dramas that even the most ubiquitous of chin-strokers will want to dance their asses off to.

Last, but not least, we have the delectable tones of Stuart Bruce, Northampton's finest exponent of post-Buckley poignancy with a charm and grandiosity to match.

Beforehand, inbetween and maybe even after we've got the likes of Das Disko, Dan McEvoy, Kimberley's Mobile Disco and DiS DJs (Dom and Jordan) spinning your favourite tunes.

It all kicks off at 8pm, with the first band on approximately half an hour later, and costs just £5 with an advance ticket (which you can get from Nottingham_DiS@yahoo.co.uk), or on the door for £6 with an NUS card and £7 without.

See you down the front!