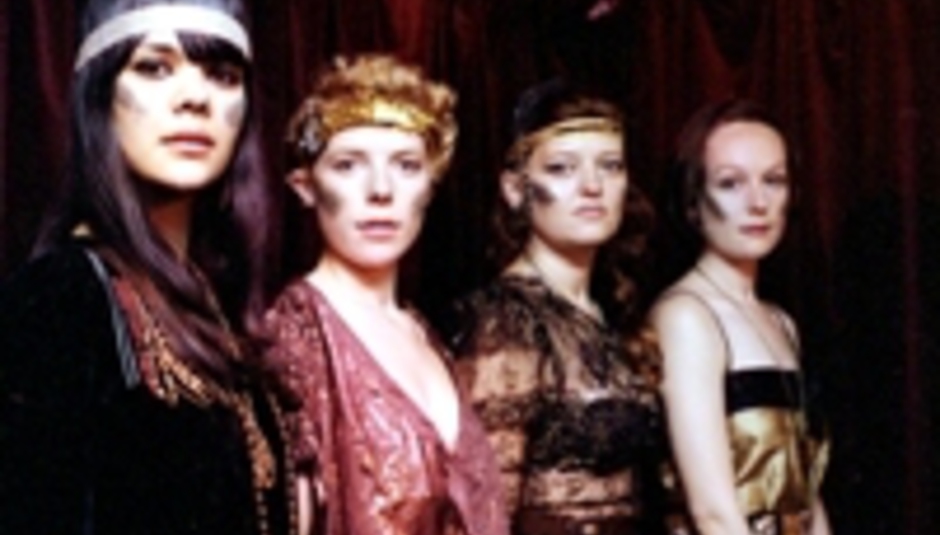 That Bat For Lashes girl and her girls, on The Culture Show t'other night they were. And Klaxons were on something, too, all chatty about stuff, stuff like touring and the like. The Like! When are they gonna get the break that never came their way last year? When they get good? Daddy's got loadsa money? Wut?

And onto the news: Bat For Lashes, pictured, release their (for it's not all about Natasha, y'know) new single 'Prescilla' on March 5, via Echo. That's the same label as Feeder. But Bat For Lashes aren't rubbish. Hooray!

In all seriousness I liked Feeder when they supported Terrorvision in, oh I dunno, ninteen-ninety-something. Polythene, that was their record. "Tangerine, turning green, make me mean, like a baked bean, in a machine, a machine of tangerines." Or something.

'Prescilla' is backed by the band's take on 'I'm On Fire', orginally penned by Bruce Springsteen. Some people call him The Boss. Some people, eh?

The enhanced CD version of the single comes with the video, which can also be seen by clicking through to the Bat For Lashes website, here. It's probably worth noting, too, that 'Prescilla' has been re-recorded for this single, so album owners need not fear paying twice for the same thing.