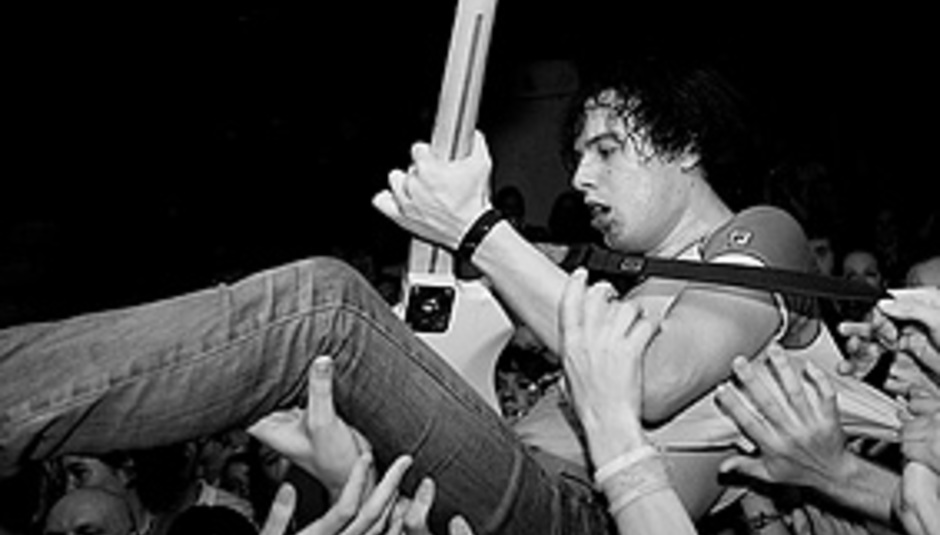 Cribs gear up for LP with instores and FROG gigs

by DiS News June 14th, 2005
punky indie kids The Cribs are to play a set of clever instores and club gigs to celebrate the release of their second long player, 'The New Fellas'.

With the LP out next Monday (20th June) the band will then be offering you a pair of instores in Leeds and back to London. They are:

On those dates the band will be playing, signing record and meeting ver kids...

Probably around 6pm starts, we reckon. On top of that, there's the new single 'Mirror Kissers' out this week. We love the Cribs..

We can also offer you 5 pairs of tickets for FROG this weekend – all you have to do is fill out the form below by thursday 2pm and tell us this:

What was the name of The Cribs' debut LP?

The Cribs live at the Garage picture is by Sonia Melot Good, isn't it?